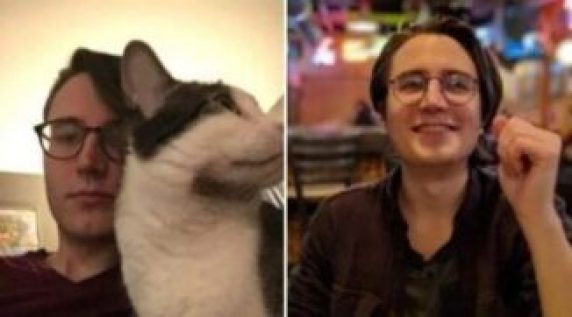 Aaron Calvin is a writer, journalist, and editor. Recently, he wrote a piece that exposed viral article on Iowa State University student Carson King for old racist tweets after King raised over $1 million for charity.

Aaron Calvin has been a reporter for the past five years since graduating from Hofstra University in 2013. In a shocking turn of events, Twitter users dug into his tweets and found some equally offensive content.

Some Twitter users were angry with Calvin for digging into King’s past and raining on the donation parade. So much so that they started investigating his old tweets. What they found was just as if not more offensive than anything King had said.

Twitter is currently having a field day discussing the hypocrisy of him shaming King for old tweets while he contained the same content.

According to his website, Calvin started his career as a Staff Writer/ Social Media Coordinator for Buzzfeed. His portfolio for them includes articles such as This Comic Perfectly Explains What White Privilege Is and Which Friday Night Lights Character Are You?

In his time as a reporter, he’s covered a variety of subjects including breaking news, food, sports, and crime.

Who is Carson King – Bio

Carson King is a student at Iowa State University. Carson went viral after he was seen on ESPN’s College Gameday at a Hawkeyes football game holding a sign that read “BUSCH LIGHT SUPPLY NEEDS REPLINISHED” along with his Venmo name.

His plan worked better than he could have ever imagined. Within 30 minutes, his Venmo account reached $400.

Realizing that he might raise much more money than he intended, Carson said i would donate the funds to University of Iowa Stead Family Children’s Hospital.

The statement says that Aaron Calvin was “assigned to interview King for a profile” and during a routine background check discovered the “two racist jokes” King had posted on Twitter in 2012. Calvin contacted King, who “expressed deep regret.”

After facing a significant backlash on social media, the Des Moines Register tweeted a lengthy statement that described their decision-making process in publishing the tweets from Carson King.

The Register is aware of reports of inappropriate social media posts by one of our staffers, and an investigation has begun.

After his old tweets discovered, the floodgates opened and Twitter users piled on to Calvin for what they saw as blatant hypocrisy.

The @DMRegister’s Aaron Calvin may have locked his Twitter, but his Facebook is still public and this cover photo says a lot about the type of person he is and what he thinks of many people in Iowa. pic.twitter.com/Rqx6o5JrRq

In today’s “cancel” culture, the response to Calvin was swift and brutal. Thousands of tweets flooded in as users discovered more and more troubling content.

Calvin eventually switched his account to private to stop people going through it with a fine-toothed comb.

Since he wants to dig past social media posts, let’s do the same thing about him and all the offensive stuff this Des Moines Register editor Aaron Calvin has posted in the past pic.twitter.com/VEBiq7ShzK

Reporter Stephen Miller had a different take on the whole ordeal.

Calvin also set his Instagram account to private but not his Facebook page. The old posts on his Facebook page now littered with comments from people criticizing him and posting screenshots of his old tweets.