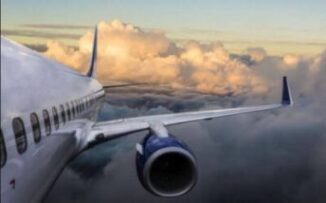 Abdul Majeed Marouf Ahmed Alani is an American airlines mechanic. He has been arrested, when he tampering with a plane’s navigation system before it was scheduled to take off from Miami International Airport with 150 crew & passengers aboard.

American Airlines released a statement the day after Alani was arrested. The airline did not mention Alani by name. It reads:

On July 17, flight 2834 from Miami to Nassau, Bahamas, returned to the gate due to a maintenance issue. Passengers boarded a new aircraft which then re-departed for Nassau.

At American, we have an unwavering commitment to the safety and security of our customers and team members and we are taking this matter very seriously.

At the time of the incident, the aircraft was taken out of service, maintenance was performed and, after an inspection to ensure it was safe, the aircraft was returned to service. American immediately notified federal law enforcement who took over the investigation with our full cooperation.

Alani was scheduled to appear before a judge on September 6th in Miami. It was not immediately clear if Alani had obtained an attorney.

An American Airlines mechanic based in Miami was arrested on a charge that he sabotaged the navigation equipment of a flight carrying 150 people, forcing it to be grounded just before takeoff https://t.co/LCaG9R08vg

He admitted to tampering with a plane’s navigation system before it was scheduled to take off from Miami International Airport.

The incident happened on July 17th, 2019. The plane, with 150 people on board, was supposed to fly to Nassau, Bahamas. But the pilots received an error alert after powering up the engines. The flight was aborted and no one was hurt

Alani insisted that he never wanted to hurt anyone. He explained to investigators that his intention had been to prevent the aircraft from taking off. He had hoped that the flight cancellation would result in additional work, and therefore overtime pay.

Alani said that he was upset at the stalled contract dispute between the union workers and American Airlines. He stated that the negotiations had affected him financially.

Alani is facing a charge of willfully damaging, destroying, disabling, or wrecking an aircraft, according to the complaint.

Abdul-Majeed Marouf Ahmed Alani before 9-11 We The People would gladly feel sorry for you! Since we accepted ALL from EVERYWHERE w/open arms thinking no one would FK with a safe haven/USA. But! 1 beautiful crisp am, the smell of bagels, coffee 19 Muslims Murdered 3,000 US Citz.FU pic.twitter.com/u8TvZlfFly