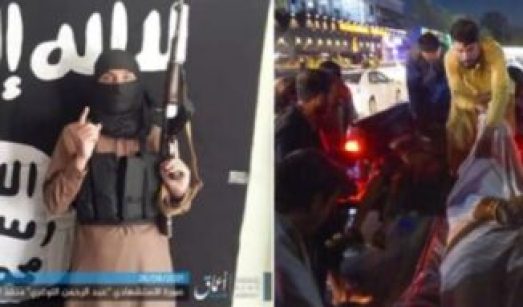 Abdul Rahman al-Logari was identified as the ISIS suicide bomber who killed 12 American service members in Kabul, Afghanistan, according to a tweet by Rita Katz of Site Intelligence Group, which is well-known for its online efforts tracking terrorist groups.

BREAKING: #ISIS has claimed today's bombings at #Kabul_Airport in an 'Amaq report, stating that its fighters killed and wounded approx 160. The report for the attack comes with a picture of the suicide bomber. pic.twitter.com/mBJX4pPsrW

The general said the bombing occurred at the gate where service members were physically examining people seeking to enter the airport.

“We are still investigating the exact circumstances. The attack occurred at a gate. At the gate, we have to check people before they get onto the airfield. We have to make sure they aren’t carrying a bomb,” said McKenzie.

The 'Amaq report states the fighter's name is "Abdul Rahman al-Logari," and that he was able to get within five meters of American troops who were processing the documents of allied contractors and translators.https://t.co/BuIJ9io8xu

Katz wrote on Twitter, “The ‘Amaq report states the fighter’s name is ‘Abdul Rahman al-Logari,’ and that he was able to get within five meters of American troops who were processing the documents of allied contractors and translators.” Some gave his name as Abdulrahman al-Logari.

ISIS Took Responsibility for the Attack

Speaking at a press conference on August 26, 2021American General Kenneth McKenzie confirmed that 12 US servicemen were killed in the explosion at the Kabul airport and that 15 other US servicemen were injured. Multiple Afghan civilian casualties were also reported; a second explosion took place near a hotel.

“We have put as many as 5,000 US service members at risk… it’s a noble mission. We have seen how dangerous it is. ISIS won’t deter us” from completing the mission, he said.