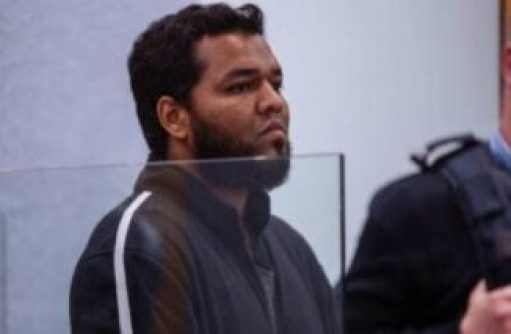 Ahamed Samsudeen is a 32-years-old ISIS-supporting terrorist who went on a stabbing rampage in New Zealand Friday. He arrived in New Zealand in 2011 from Sri Lanka on a student visa. He came seeking refugee status claiming he and his father had experienced serious problems with Sri Lankan authorities due to their political background.

Ahamed Samsudeen is a 32-years-old.

It came as it was revealed terror police tasked with keeping the ‘highly paranoid’ suspect under 24-hour surveillance did not follow him into the supermarket where he launched his attack out of fear of being spotted.

Five of the victims in the hospital received knife wounds, while one suffered a dislocated shoulder and is now recovering at home. Three of the hospitalized are in critical condition. The victims are four women aged 29, 43, 60, and 66, and three men aged 53, 57, and 77.

The Islamist’s identity had been shielded under New Zealand’s stringent privacy laws after a High Court judge ruled the knifeman’s family must have at least 24 hours ‘to seek a suppression order’ – which ran out at 9 pm local time. Five of the six people taken to hospital had stab wounds, with three in critical condition.

Samsudeen – who was under 24/7 surveillance by police – was shot dead by the Special Tactics Group members. Because of the suppression order, Prime Minister Jacinda Ardern and Police Commissioner Andrew Coster could not fully explain the circumstances as to why Samsudeen had not been deported or was even still in the country.

The Prime Minister promised to release more details on Sunday. Despite fears he had been planning a terror attack, courts previously ruled he could only be convicted of lesser charges of possessing ISIS propaganda, resulting in a reduced jail sentence – despite police knowing he was ‘extremely dangerous’ and ‘very likely to carry out an attack.

Samsudeen previously posted a warning to ‘Kiwi scums’ on social media after receiving a formal notice from police over his disturbing internet searches and purchases.
‘One day I will go back to my country and I will find Kiwi scums in my country… and I will show them… what will happen when you mess with S while I’m in their country. If you’re tough in your country… we are tougher in our country scums #payback,’ he wrote.