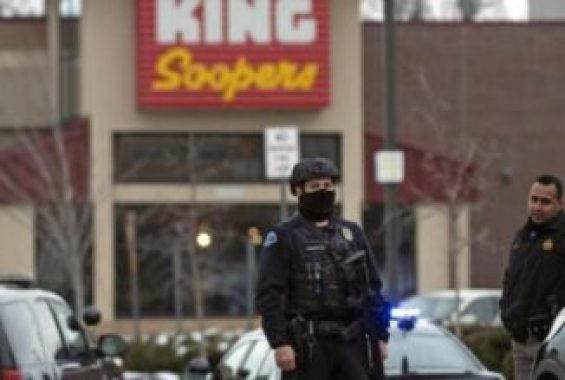 According to Ahmad Al Aliwi Alissa Biography and Wiki, 21-year-old Ahmad Alissa identified as the rifle-wielding shooter of the Colorado Supermarket Shooting. Ten people killed at a Colorado grocery store. Police did not provide a motive but did identify the names of the 10 victims of the shooting, who range in age from 20 to 65.

Alissa is still in hospital being treated for a leg wound he suffered during the shooting, Boulder District Attorney Michael Dougherty said.

Ahmad Alissa was born in Syria in 1999, then shifted to the USA and went to Arvada West High School, where he was a wrestler and has lived the majority of his life in the US. According to his older brother, Ahmad Al Aliwi Alissa is “very anti-social” and paranoid, adding that, in high school, he would describe “being chased, someone is behind him, someone is looking for him.”

Law enforcement officials said the suspect, Ahmad Al Aliwi Alissa, was shot in the leg as carried out the attack with a rifle and killed 10 innocent peoples now he was in the hospital on Tuesday morning, prior to being booked into jail and charged. They offered no details on a suspected motive.

The rampage was the latest in a history of mass shootings in the Denver area and comes as the nation is still grappling with a devastating attack in Atlanta that left eight people dead last Tuesday.

Alissa has been charged with 10 counts of first-degree murder for the fatal shootings at a King Soopers grocery store in Boulder, including the death of Boulder Police Department officer Eric Talley.

Police have so far offered no detail about the motive for the shooting. Herold said officers were dispatched at 2:40 p.m. upon receiving a call about a potential active shooter in the King Soopers grocery store.

The officers immediately entered the store and Talley, the first to respond, was fatally shot. No other members of law enforcement were killed. The last victim was removed from the scene at 1:30 a.m. and family members were notified within the next two hours, Herold said. “Every level of law enforcement is working together to make sure we can bring justice to this case,” Colorado Gov. Jared Polis said at the press conference.