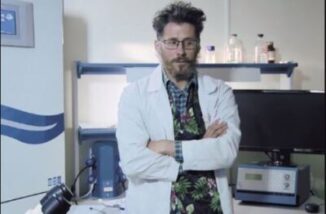 Alexander (Sasha) Kagansky a prominent Russian scientist who was working on a COVID-19 vaccine when he was found dead with a stab wound. The New York Post reported his body was found on the street outside his bedroom window in Russia.

Kagansky was an assistant professor in Vladivostok, according to his online profile. He had spent 13 years working in Edinburgh, Scotland, which concluded in 2017. He was most recently working as director of the Center for Genomic and Regenerative Medicine at Russia’s Far Eastern Federal University.

Kagansky was a Director of a Center for Genomic and Regenerative Medicine, School of Biomedicine at the Far Eastern Federal University in Vladivostok, Russia, according to his profile on the Global Young Academy website. His research focused on understanding diseases on the molecular level and cancer research. His work described as “crucial for the future of molecular medicine.”

The top Russian scientist with close links to Edinburgh University who was ‘working on a Covid-19 vaccine’ has been found dead in suspicious circumstances in St Petersburg.

Biologist Alexander ‘Sasha’ Kagansky, 45, best known for his work on fighting cancer, reported having fallen in his underwear from a 14th-floor window of a high rise residential building.

He also had a stab wound on his body, according to Moskovsky Komsomolets (MK).

The news comes as seven Russian coronavirus patients plunged to their deaths from hospital windows earlier this year.

Russian police are questioning a 45-year-old man as a possible suspect in Kagansky’s death. His death is being investigated as a possible homicide, The New York Post reported. Police believe there may have been a scuffle before Kagansky fell from his bedroom window.

An unidentified source told e2news.com that a 45-year-old biologist had been visiting a friend in the building.

A neighbor found Kagansky’s body, clad only in underwear, according to the Jewish Press. Kagansky lived in a 16-story building in the Kalininsky district of St. Petersburg. His body found on Zamshin Street. Police learned he fell from the 14th-story window the day before.

Gio Rodriguez Blanco, a scientist in Edinburgh, Scotland, according to his Twitter profile, wrote a tribute to Kagansky.