Alexandra Zarini is the great-granddaughter of Guccio Gucci. She has accused her family of being complicit in sexual abuse she experiences over 15 years. She claimed in a new lawsuit that she was sexually abused by her stepfather, Joseph Ruffalo, and that her mother, Patricia Gucci, and grandmother Bruna Palombo, did nothing to stop it. In the lawsuit, Zarini accused Gucci and Palombo of helping to facilitate the abuse and threatening her to keep her from exposing the abuse. 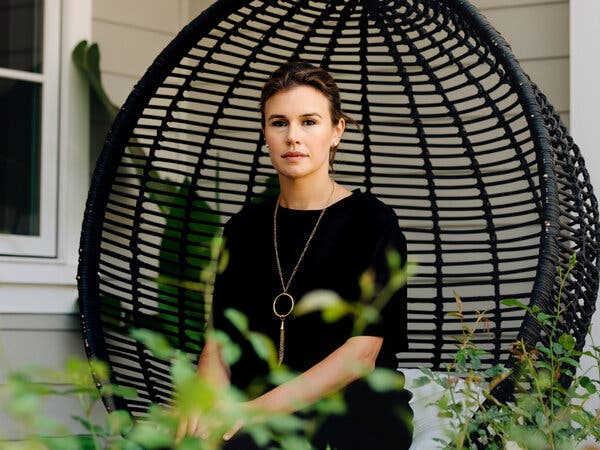 Along with a forthcoming Ridley Scott film starring Lady Gaga about the plot to murder Maurizio Gucci orchestrated by his ex-wife, the sex abuse filing, in which Ms. Zarini has asked for a trial by jury, will once again draw public attention to the underbelly of what can appear a gilded story.

The Gucci family has not been associated with the Gucci brand since 1993, when Maurizio Gucci (who is Ms. Zarini’s mother’s cousin) sold his final stake to the Bahrain-based Investcorp, which took it public; Gucci was subsequently acquired by PPR, which became Kering, Gucci’s current owner. But the family is conscious of its relationship to the luxury house and that their legacies are forever intertwined.

In 2016, Patricia Gucci published a memoir, “In the Name of Gucci,” about her life and her parents’ relationship, which began in secret and lasted 30 years. Aldo Gucci, her father, was already married and had three sons when he met her mother, a sales clerk in the Rome store; they began an affair at a time when adultery was illegal in Italy.

Patricia, however, was doted on by her father. She was featured in a Gucci ad campaign, given a seat on the company board at 19, and named a roving ambassador for the brand. In 1986, while embroiled in a family feud, Aldo Gucci was convicted of tax evasion in the United States and served a year in prison; he died in 1990. Patricia married, had two children, divorced and then started a relationship with Joseph Ruffalo.

Ms. Gucci and her two daughters moved to California to live with him; they later married and had a child, though according to Ms. Zarini, he had already begun abusing her. In the lawsuit, Ms. Zarini said that when she had nightmares as a child and climbed into bed with her mother, Mr. Ruffalo would be there, naked, and she would wake up to find her hand on his penis. As Ms. Zarini got older, she said, Mr. Ruffalo’s behavior began to escalate.

Zarini says that Ruffalo began sexually abusing her when she was six-years-old and it didn’t end until she was 22. The Times reported that she accused Ruffalo of exposing his genitals to her, getting into her bed naked, fondling her, forcibly penetrating her with his fingers, rubbing his genitals against her body, and videotaping her in the bathtub. She also claimed that once she was was a teenager, Ruffalo encouraged her to begin using drugs and it led to her being addicted to cocaine and crystal meth.

Zarini also accused her mother of hitting her and almost strangling her at times until Ruffalo would intervene and then sexually assault her afterward. Zarini claimed she told Palombo about the abuse after she asked her if it was happening when she was 16. She said her grandmother told her to keep it a “secret and not tell anyone about the assaults.”

In a statement, Gucci said she divorced Ruffalo when Zarini informed her about the abuse and denied that she allowed it to happen.

“I am deeply sorry for the pain Joseph Ruffalo caused Alexandra,” she said in a statement to The Times. “What he did to her is inexcusable and I was devastated when she disclosed everything to me at our family doctor’s office in London in September 2007. I immediately initiated divorce proceedings against Mr. Ruffalo and set about healing my family through counseling. I am equally devastated by the allegations against me and her grandmother, which are completely false.”

Zarini told The Times that when she told her mother that she was considering going public with the abuse allegations against Ruffalo, she tried to discourage her.

“‘You’ll be on trial, you’ll be interrogated,” Zarini said her mother told her. “‘You won’t get a good job, there will be stigma. It will tarnish our reputation. Oh, and you were on drugs, so no one would believe you.’”

A change in California laws regarding child sexual abuse also encouraged Zarini to come forward. The Los Angeles Times reported that California Governor Gavin Newsom signed Assembly Bill 218 in October 2019 which changed the statue of limitations and allowed child abuse survivors to file lawsuits against their accused abusers up until the age of 40.