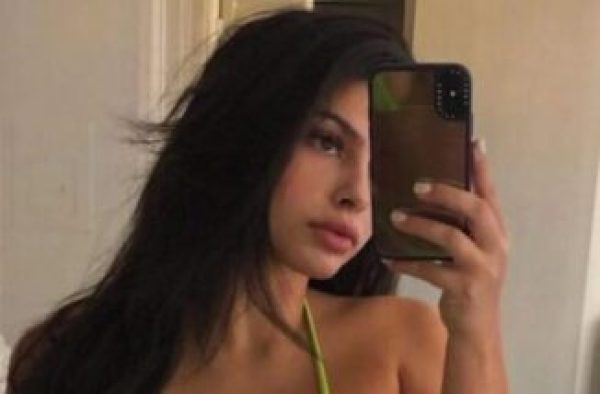 Amanda Trivizas is well known Instagram Star and Model from America. She was born on March 2, 1999, in Miami, United States. She has earned massive popularity for her risque lingerie, chic fashion, and bikini modeling with lifestyle photo blogging.

Trivizas has a huge following on Instagram with more than 800 K followers. She has modeled for KO Watches. Besides modeling, she appeared in the 2018 music video for Felix Ortiz’s single “No Quiero Amarte.”

She is in the spotlight after an explicit naked selfie in bed with Mexican international Jonathan dos Santos which has sent the internet into a spin. The photo has since been deleted but it’s circulating on the internet.

Amanda and Mexican international Jonathan dos Santos sent the internet into a spin by posting an explicit naked selfie in bed with the stunning model in the middle of an apparent romp. The LA Galaxy midfielder, brother of former Spurs and Ipswich forward Giovani, erased the X-rated photo which clearly showed the model’s exposed breast five minutes after it ended up on his Instagram Live.

Fans spotted it first – and screen grabs of the beauty showing more than she might have wanted to be all over the internet within hours.

Trivizas has made no mention of the viral photo on her social media, although she has continued to treat fans to steamy photos of her in underwear and nightwear.

Dos Santos has also stayed silent on the blunder and devoted his latest Instagram story to wishing his brother, now playing for Mexican top-flight side Club America, a happy 31st birthday.