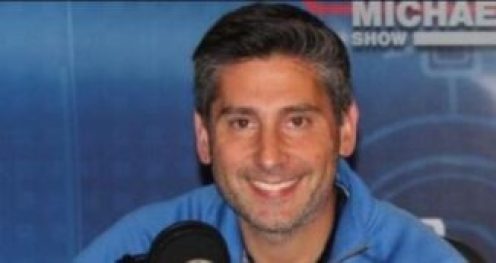 Andrew Brill is an Emmy nominated reporter and sports anchor at WFSB-TV in Hartford, CT., where he has worked since October 2018. Brill is a former host and reporter at ESPN NY 98.7 FM, where he was hired in June 2013. He was first assigned as the SportsCenter update anchor on The Michael Kay Show. He was their Giants insider beginning in 2013 for 5 seasons and in January 2014 added the Brooklyn Nets insider to his portfolio for 2 seasons. Brill covered the Super Bowl and the Stanley Cup Final. In February of 2015 he helped launch and co-host ESPN NY Tonight, a daily two-hour call-in show that covers the day in sports. He also contributed to SportsCenter and Outside the Lines on ESPN Television, Giants 1st and 10 on MSG and SNY’s Geico Sportsnight.

His broadcast career began as a 40-year-old intern in the winter of 2008 at WABC, where he interned for legendary NY sportscaster, Scott Clark, covering the Yankees, Rangers and Jets. He also worked for CBS Sports as the special stat researcher on the NCAA basketball tournament, as a production associate for CBS College Sports covering weekend football games and Conference USA Basketball and as a sports blogger for the Huffington Post.

At News 10 ABC (WTEN) and FOX23, Brill covered all the NY and New England teams including Giants training camp at UAlbany, Saratoga Racing, Union College hockey and their trip to the Frozen Four in 2012, Valleycats Baseball (the single A affiliate of the Houston Astros) and all local, regional high school and college sports. He watched and covered Glens Falls native Jimmer Freddette’s amazing senior year at BYU. Brill also travelled to Philadelphia to cover UAlbany Basketball in the NCAA tournament and Atlantic City to cover Union College’s second consecutive ECAC hockey championship.

The station often deployed Andrew on big news stories. He covered Hurricane Sandy live from Battery Park, where he found himself waist deep when the storm was surging. Andrew was nominated for an Emmy as part of team coverage of the storm.

Andrew Brill is the husband of Barbara Fedida.