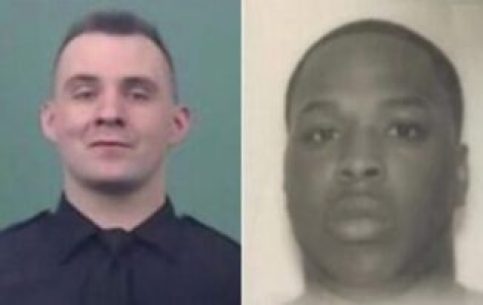 Antonio Lavance Williams is the killer of NYPD Officer Brian Mulkeen. He shot and killed the officer, while He was on patrol at the Edenwald Houses on east 229th Street around 12:30 a.m.

He was recently arrested in Binghamton, in upstate New York, on a harassment charge. He was released and was due back in court next week. According to online court records.

Williams was arrested by Binghamton City Police on Aug. 15, accused the same day in city court and was released.

Gun recovered at scene of the police involved shooting in the Bronx this morning in which Officer Brian Mulkeen was killed. pic.twitter.com/pjd4asfBGP

According to Rockland County court records, Williams was convicted of second-degree burglary following an April 2011 arrest in Haverstraw.

He was sentenced to serve three years and six months in prison. According to state records, he began serving his sentence in January of 2012 and paroled in March of 2015.

Williams received a probation sentence for a 2018 drug arrest in Endicott, New York. And in January, he was arrested in Binghamton for petty robbery and possession of a forged instrument. He paid a $100 fine.

The Daily News reported, citing sources, that there was an active warrant out for his arrest for failing to appear in court for a summons he got in Hudson in May.

At around 12:30 a.m., Mulkeen and other members of the NYPD’s Bronx Borough Anti-Crime Unit out of the 47th NYPD precinct were patrolling the streets around the Edenwald Houses on East 222nd Drive North.

Three police officers got out of their vehicle to “question a man, police said, and the man took off with officers giving chase. Mulkeen and his partner tried to apprehend the person, and a “violent struggle on the ground began On body-worn camera, Mulkeen can be heard yelling, “he’s reaching for it.

He’s reaching for it. Numerous shots fired, police said, and Mulkeen was “struck three times. Five officers fired on the suspect who was pronounced dead on the scene. A .32-caliber revolver was “recovered by police. The New York Daily News reported that police believe Mulkeen shot with his weapon, seized by the 6-foot 270-pound suspect Williams.

Mulkeen, critically injured, was rushed to Jacobi Medical Center where he was pronounced dead.

A friend of Mulkeen’s wrote on Facebook; My heart hurts hearing this news this morning. Brian was one of the most excellent guys you could have met. Rest easy brother.

On that same post, a person who went to high school with Mulkeen said, he was a sweetheart.

NYPD Officer Brian Mulkeen had the same hope. Sadly that didn’t happen, and now we mourn the 33-yr-old Bronx cop.

Terrible news. Overnight, @NYPDnews Police Officer Brian Mulkeen made the ultimate sacrifice and gave his life protecting his city. On behalf of @HCSOTexas, we offer condolences to his family, his precinct and the entire NYPD. pic.twitter.com/8Q138n1iBO

Taking a moment this morning to honor @NYPDnews Ofc. Brian Mulkeen who was murdered early Sunday while attempting to take a gun offender off the street. All of us here at #ChicagoPolice extend our deepest condolences to the Mulkeen family & extended police family at NYPD. #Hero pic.twitter.com/y5QZQLLSI2