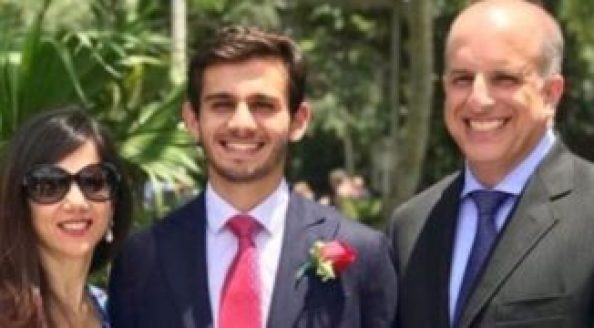 Antonio Tsialas was a student of Cornell University in Ithaca, New York. He was an 18-year-old freshman from Miami who was reported missing on October 24, and his body was discovered on the campus on October 26.

Tsialas was last seen on October 24, and the same day he and other first-year students attended an unregistered fraternity-sponsored event where alcohol was served, university President Martha E. Pollack wrote in a statement posted on the school’s website.

Tsialas was reported missing the next day, university’s Vice President for Student and Campus Life Ryan Lombardi said in another message to students.

Tsialas was reported missing on 24 October, and his body was recovered on October 26 inside the Fall Creek Gorge. Authorities, including Cornell University Police, are investigating, Lombardi and Police Chief Dave Honan said in a joint statement earlier this month. Honan said authorities had received more 150 leads. Several subpoenas have been issued.

The family of deceased Cornell University student Antonio Tsialas is offering a $10,000 reward for any information on how and why their son died last month.

The Tsialas family is taking out a full-page ad in The Cornell Daily Sun, the university’s student daily newspaper, on Monday and Tuesday asking the student body for help, family attorney David Bianchi told CNN in an interview on Sunday.

“What started as a beautiful weekend with our son Antonio turned into our worst nightmare,” his mother, Flavia Tsialas said in a recent Facebook post.