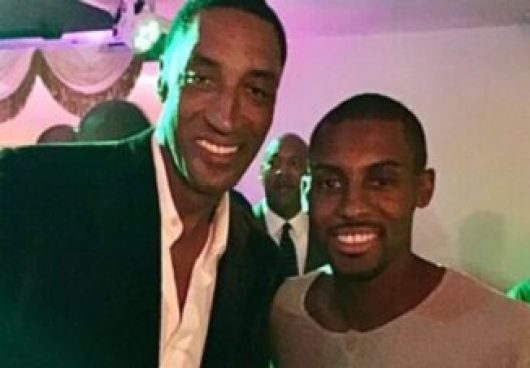 According to Antron Pippen wiki, Bio and Biography, best known as the son of Bulls legend Scottie Pippen has died. He was born on 29 November 1987 and died on the 18th of April 2021. His father announced the news Monday on Twitter but did not give a cause of death.

Antron Pippen has died at the age of 33.

He grew up in Georgia and was a 2006 graduate of Collins Hill high school in the Atlanta metro area.

“He’s a late bloomer like me,” Scottie Pippen said to the Atlanta Journal-Consitution in 2006. “He’s probably better than I was as a high school player.”

Antron went on to play college basketball at South Georgia Tech and later at Texas A&M International. After college, he played semi-professional basketball in the now-defunct World Basketball Association.

During his senior year of high school, Antron described to the Atlanta Journal-Constitution the pressures of living up to his father’s basketball legacy.

He was the only child from Scottie’s first marriage to Karen McCollum. The couple divorced in 1990. He is the oldest of Scottie’s seven children.

Basketball Hall of Famer Scottie Pippen announced the death of his oldest son, Antron, in an Instagram post on Monday. It’s unclear how Antron died.

I’m heartbroken to share that yesterday, I said goodbye to my firstborn son Antron. The two of us shared a love for basketball and we had countless conversations about the game. (1/3) pic.twitter.com/Zt3wo8wpcg