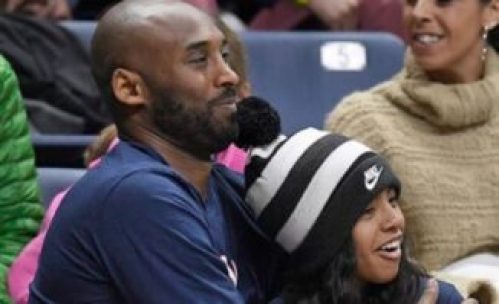 Ara Zobayan is the victim of a helicopter that crashed in Calabasas, California on 26 January killing Kobe Bryant and his daughter, Gianna. Zobayan and six other people died in the crash.
He was the pilot of the helicopter.

Three of those have been named as Orange Coast College coach John Altobelli, his wife Keri and their daughter Alyssa. Another victim was later named Christina Mauser, a high school coach at Harbor Day School in Corona del Mar. As well as Sarah and Payton Chester.

The group was en route to a junior basketball game at the Mamba Sports Academy, according to the New York Times.

The helicopter involved in the crash was a Sikorsky S-76, Federal Aviation Administration spokesman Allen Kenitzer said. The registration was N72EX. That’s the same number shown on the photographs of Kobe’s private helicopter in the past. The helicopter was built in 1991.

Flight Radar indicates that the helicopter left John Wayne Airport in Orange County at 9:06 a.m. local time. The flight path took it over Boyle Heights, close to Dodger Stadium, and over Glendale.

According to defence contractor Lockheed Martin, the S-76 helicopters were originally built in the 1970s to work with off-shore oil drilling and were later repurposed. Martin bought Sikorsky Aircrafts in 2015. Among the pilots who work for the company is former “Falcon Crest” actor Lorenzo Lamas.

In July 2013, Zobayan featured on Lorenzo Lamas’ episode of “Celebrity Wife Swap” alongside comedian Andy Dick. A Facebook post from Lamas at the time read, “Tune in to ABC this Sunday 8 pm to see Ara and me fly Andy Dick’s baby momma around on ‘Celebrity Wife Swap’ lol.”

According to KTLA-TV reporter Christina Pascucci, Zobayan was identified by friends. “He taught aspiring heli pilots to fly and was very much loved in the aviation community.

They wrote ‘rest easy as you take your final flight to heaven.’” Pascucci, a pilot herself, wrote on Twitter, “Also, according to records, Ara was instrument rated. That means he was rated to fly in fog/clouds. … He did. He got permission to use special VFR flight rules to help him get around the fog. He was an excellent pilot according to friends. It’s too early to know if the fog was the determining factor.”

A friend, Bella, wrote on Twitter, “Rest In Peace Ara. One of the sweetest pilots I’ve ever have had the pleasure to meet and converse with while working in the aviation business. Rest easy Kobe…Working for the aviation business has allowed me to meet some pretty amazing people and pilots. Ara was definitely one of them. Always so nice, talkative and especially attentive when it came to Kobe and his family. I’m heartbroken.

A friend of Zobayan’s wrote a glowing tribute to the late pilot on Twitter saying, “Working for the aviation business has allowed me to meet some pretty amazing people and pilots. Ara was definitely one of them. Always so nice, talkative and especially attentive when it came to Kobe and his family. I’m heartbroken.”

Online records show that Zobayan was an instrument-rated pilot, meaning that he was qualified to fly in fog conditions. Rusty Barnes, the chief pilot of Barnes Aviation in Rockford, Illinois, told via email, “If you are on Instruments in IMC conditions, in this case, Ara was flying on what’s called Special VFR or SVFR and not flying on Instruments at the time of the accident.