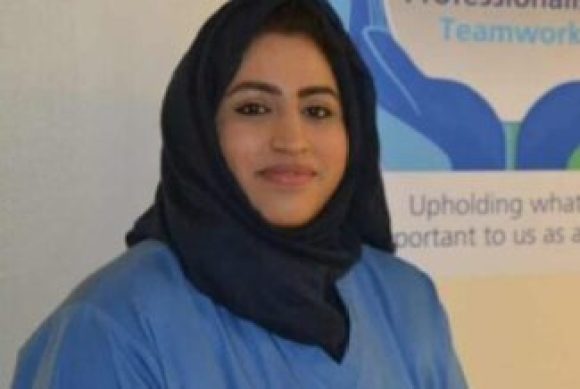 Areema Nasreen was a British Pakistani Muslim nurse who has died after spending weeks in intensive care. She had been placed on a ventilator at Walsall Manor Hospital where she worked in the acute medical unit. Nasreen fulfilled her lifetime dream and graduated in nursing in 2019. She used her own story as a motivational speaker to encourage others to pursue their ambitions.

Never thought I could see this amazing day. Thank u to Walsall Manor Hospital for believing in me. Countles's people one who was me struggle to believe that they have the right to dream. But please follow through, and yes with commitment compassion support dreams do come true. pic.twitter.com/gR2P101B5P

Nasreen became a nurse in 2019 after dreaming for years of a career in medicine. she had worked for more than 15 years and where she contracted the coronavirus two weeks ago while supporting patients who had tested positive.

Areema Nasreen was a 36-year-old mother to three children. Nasreen’s husband reportedly whispered don’t worry about the kids’ in her heartbreaking final moments. her family spoke out about her final hours – with her husband at her bedside promising to take care of their children.

Areema’s sister Ash, 31, told how NHS staff urged her husband and children not to hug her as she passed away “because of the virus”.

But Ash said her heartbroken husband had to be with his wife in her final moments as he spoke to her about their three children.

Areema Nasreen lost the battle with COVID-19 early on Friday in an intensive care unit at Walsall Manor Hospital, where she had worked for more than 15 years and where she contracted the coronavirus two weeks ago while supporting patients who had tested positive.

“Areema was such an amazing person,” Shabeena Kousar, Nasreen’s friend of 16 years, told Al Jazeera. “She always used to greet everyone with a smile. She was the type of person who would do anything for anyone.

“She had so much left to do, but Allah has called her. Our prayers are with her family, her husband, her children, and her parents,” added Kousar, who said she felt “completely lost”.

Describing Nasreen as a giving person who was always the first to get involved, the two friends organised several charity and public events together with the local Muslim community.

Nadia Shabir, who went to school with Nasreen, said: “If you were upset, you’d ring her and she’d put so much courage in you. She’d always say, ‘Read your prayers, turn to God’.

“Areema was perfectly fine. She had no health issues. She was always out and about. She was like a rollercoaster she was. It can happen to anybody,” said Shabir.