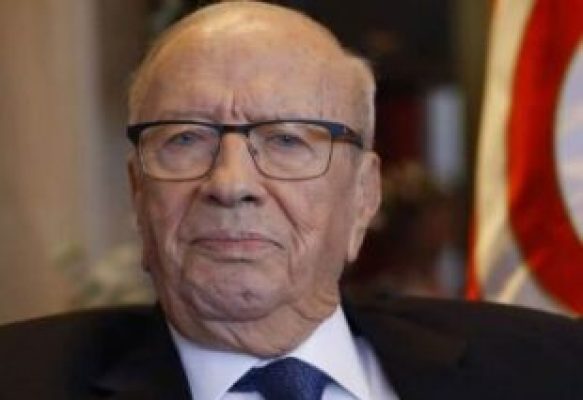 Beji Caid Essebsi Bio: He was a Tunisian politician who was the fifth President of Tunisia from December 2014 until his death.

Beji Caid Essebsi was born to an élite family of Italian background, he was a great-grandson of Ismail Caïd Essebsi, a Sardinian kidnapped by corsairs in Ottoman Tunisia along the coasts of Sardinia at the beginning of the nineteenth century who became a mamluk leader raised with the ruling family after converting to Islam.

He was later recognized as a free man when he became an important member of the government.

His first involvement in politics came in 1941 when he joined the Neo Destour youth organization in Hammam-Lif. Caid was the fifth President of Tunisia from December 2014 until his death. Previously he served as Minister of Foreign Affairs from 1981 to 1986 and as Prime Minister from February 2011 to December 2011.

He was appointed as Interim Prime Minister in 2011.

Essebsi was the world’s oldest sitting president. He was admitted to hospital on Wednesday but officials did not say why he was receiving treatment.

Essebsi was hospitalized at a military hospital in Tunis on 27 June 2019, under critical condition due to a severe medical crisis. On 28th his condition stabilized.

He died on 25 July 2019 at the Hopital Militaire (military hospital) in Tunis amid the country’s Republic Day celebrations.

He was taken to a military hospital on Wednesday; his second health crisis in a month.

He played a major role in the country's transition to democracy after a revolution in 2011.