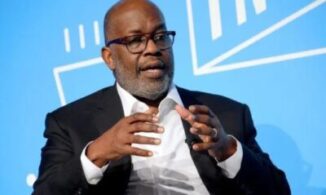 Bernard Tyson was born on 20 January 1959 and died on 10 November 2019. He has died at the age of 60. He was the CEO of integrated managed care consortium Kaiser Permanente.

Terrible news! Praying for my family back home after the loss of my cousin Bernard Tyson. He was not only the CEO of Kaiser Permanente but the first black person to hold the position. Sad day today 😢 pic.twitter.com/A9J4FkjX4R

A native of the San Francisco Bay Area, Tyson received a Bachelor’s degree and an MBA degree from Golden Gate University. He was previously president and chief operating officer of the company for two years. His promotion was announced on November 5, 2011, and he is the first African American to hold that position. He has worked at Kaiser for over 34 years.

Bernard Tyson’s rise carried with it a ripple effect of diversity in senior roles across Kaiser Permanente. A momentous loss. https://t.co/39RgREtjOa

He was the chairman and CEO of Kaiser Foundation Health Plan, Inc. and Hospitals — known as Kaiser Permanente, one of America’s leading integrated health care providers and nonprofit health plans.

Bernard Tyson assumed the role of chairman in January 2014 and has served as CEO since 2013. He has successfully managed all significant aspects of the organization during this time, serving in roles from hospital administrator and division president to a chief operating officer of the Oakland, California-based national health care organization.

Bernard Tyson Death and Cause

He has died unexpectedly in his sleep, and the company is remembering him as an outstanding leader and visionary. Kaiser Permanente confirmed the death of Tyson, the company’s chairman, and CEO, November 10, 2019.