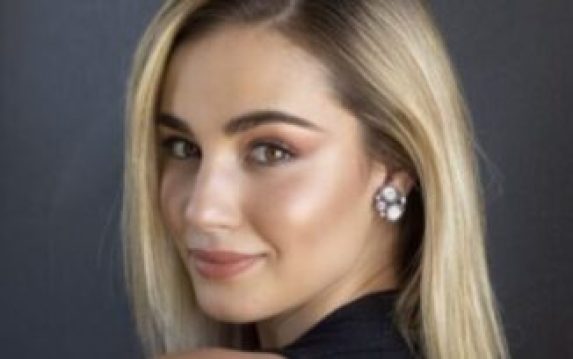 Bianca Schoombee is a SYNC Model, who goes trending after racist and crude tweets surface. According to a tweet shared from SYNC, model management, She has decided to withdraw her entry from Miss South Africa 2020.

she graduates in BSc Biotechnology. Schoombee is a hopeful member of Miss South Africa’s entry. She felt the wrath of Twitter after her tweets from seven years ago, when she was only 14, was exposed.

Bianca has pulled her entry for the 2020 Miss South Africa pageant, her modeling agency has announced. Schoombee began trending on Twitter as a favorite potential finalist among the public after posting photos of herself as part of her Miss SA entry.

In one tweet, the account made reference to the “N-word” and repeatedly used the word “bitches” as well as other controversial statements. “Bianca” was the top trending topic on Twitter in South Africa on Wednesday morning.

Bianca posted offensive tweets over six years ago. She also made fun of a young boy’s skin color in another tweet. The model has learned the hard way that statements we post online never disappear on the internet just because you deleted them.

Racism isn’t a stage or a phase! #Bianca pic.twitter.com/4wrZ1iLu10

Schoombee may have been disqualified from the competition before she decided to revoke her entry.

The love quickly turned into disappointment and outrage, however, on Wednesday when offensive tweets posted by her over six years ago were dug up and widely shared.

Schoombee apologized for the tweets, stating that they were shared when she was still a teenager and that she had since changed. However, people on social media just weren’t buying it.

Her Twitter following also took a major knock. By Wednesday afternoon, she had just over 700 followers, having grown to almost 8,000 followers over the previous few days.