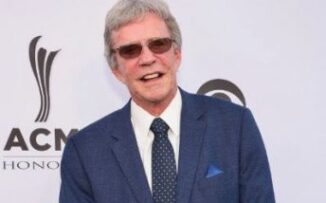 Bob Kingsley host of the nationally syndicated programs American Country Countdown (ACC) from 1978 to 2005 and Bob Kingsley’s Country Top 40 from 2006 until his death.

Kingsley, while serving with the United States Air Force in 1959, began his radio career at TFK, the Armed Forces Radio Service station in Keflavik, Iceland.

He jocked at Los Angeles country station KGBS, 1961–69, then in 1970 became program director at KLAC, which had just dropped MOR for a country format.

In 2006, Kingsley signed a new distribution deal with Jones Radio Network and was later acquired by Dial Global and was acquired by Cumulus Media.

In 2015, Kingsley-era ACC programs received new life when Nash Icon, the media brand and network of country music stations owned by Cumulus Media, announced it would begin distributing classic ACC programs for syndication under the name American Country Countdown Rewind With Bob Kingsley, starting that May.

Bob was married to his wife, Nan Kingsley.

Kingsley and his wife, Nan, founded Bob Kingsley’s Country Top 40 and the company KCCS productions in 2006. On her LinkedIn page, Nan Kingsley refers to herself as the owner of KCCS.

The countdown was syndicated across more than 300 stations nationwide. On the October 9 episode of the show, Kingsley said that he was taking a break from the show to get treatment for bladder cancer. In his absence, the show has been hosted by a range of guests, including Trisha Yearwood, according to The Boot.

After the announcement of his diagnosis, Kingsley wrote a touching letter to his fans on his show’s website. In the letter, Kingsley mentioned his wife saying that her “strength is unmatched, and she is by my side every step of the way.

In October 2019, Kingsley was diagnosed with bladder cancer, forcing him to cede hosting duties for what was initially intended to be a temporary leave of absence to treat the disease.

Kingsley died at his home in Weatherford, Texas on October 17, 2019, at the age of 80, from complications related to his treatment