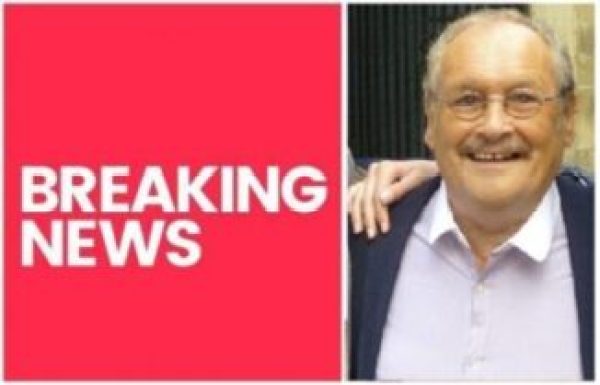 Bobby Ball was a well-known English Comedian who known for the comedy double act has died at 76. Bobby’s cause of death comes after he tested positive for Covid-19. He was born on January 28, 1944, in Oldham, United Kingdom. He hosted their own ITV show, The Cannon and Ball Show, for nine years between 1979 and 1988. Ball then went on to star in various sitcoms and dramas including Last of the Summer Wine, Heartbeat, and Not Going Out.

He attended High Crompton Secondary, Shaw, Oldham, and briefly studied Shipping Management at Wigan Mining & Technical College before going to work in a factory as a welder.

He met his comedy partner Tommy Cannon while working in a factory as a welder. Cannon and Ball – whose real names are Thomas Derbyshire and Robert Harper – started out as comics on the cabaret circuit in the north of England.

The ball was famous for twanging his braces on stage, while saying: “Rock on, Tommy.”

Speaking to The Independent in 2006, Cannon recalled how they were given a huge career boost by LWT’s director of programs Michael Grade.

It lasted 11 series and was one of the most popular TV shows of its time, with consistently high viewing figures. In 1982, the duo made a police comedy film entitled The Boys In Blue.

Ball also created the BBC children’s cartoon series Juniper Jungle, which aired in 1992. Cannon and Ball appeared together on I’m A Celebrity… Get Me Out Of Here! in 2005, and were jointly the sixth to be voted out. In his later years, Ball acted in several sitcoms, including Mount Pleasant and The Cockfield’s.

Ball married 1964 his first wife Joan Lynn. from 1st wife he had two sons, Robert and Darren. They are now a comedy double act in their own right. Ball and Lynn separated in 1970. Ball married in 1974 his second wife Yvonne Nugent. In an interview on BBC Tees on 28 June 2016, Ball said that he met Yvonne while performing with Cannon at a club in Norton, County Durham: “We were playing there … she came downstairs in a little mini skirt, looked at me and Tommy, shook her head and walked away. I thought, ‘I’d spend my life with her.'” Ball and his wife lived in Lytham St Annes, Lancashire.

Ball became a born-again Christian in 1986, as did Cannon in 1992, with their conversion having a lot to do with the re-kindling of their broken friendship. Together, they published a book called Christianity for Beginners. They regularly featured in their own gospel and “An audience with…” show in churches around the country.