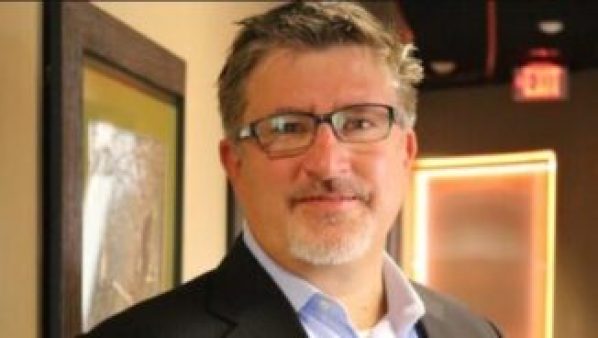 According to Brad Rukstales wiki, Bio and Biograph, an Illinois businessman who serves as the CEO of a data analytics company. He is the chief executive of a Chicago-area company that provides data-marketing solutions.

He was among those arrested in Washington, D.C. for his role in storming the U.S. Capitol on January 6. The riot prompted evacuations and at least five people, including U.S. Capitol Police officer Brian Sicknick, died amid the melee, Forbes reported.

Rukstales has personally donated nearly $30,000 to support Republican causes since October 2019, according to public records on the Federal Election Commission website. His donations included at least $12,000 to support President Trump’s re-election efforts.

Rukstales is the president and CEO of Cogensia, a tech company founded in 2002. He is listed as the primary agent in a search of business records on the Illinois Secretary of State website.

According to the company website, the firm provides data analysis services for restaurants and business-to-business clients. Cogensia has distanced itself from Rukstales since his arrest. The firm released a brief statement on social media:

Rukstales’ bio was removed from Cogensia’s website soon after his arrest. On January 8, the company also stripped the website of articles in which Rukstales was quoted and removed images of him that had been sprinkled throughout the site.

Brad Rukstales, the CEO of Chicago-based tech company Cogensia, claimed attending the Capitol riot was the “worst personal decision of his life.”

Rukstales, who resides in the Chicago suburbs, traveled to Washington, D.C., and took part in breaking into the Capitol. Politicians inside were forced into lockdown while protesters stole and vandalized property in the name of President Donald Trump and the claim that he’d actually won the 2020 presidential election.

Rukstales traveled to Washington, D.C. to attend the rally President Trump had promoted for weeks. As the New York Times reported, Trump had encouraged his supporters to protest on January 6 as lawmakers gathered to certify President-elect Joe Biden’s electoral college victory. Trump repeatedly made unfounded claims that the election had been stolen from him in the weeks leading up to it and on December 19, he tweeted to supporters that the “big protest in D.C. on January 6th” would “be wild.”

Since his arrest, Rukstales has deleted or scrubbed his social media accounts. But he suggested to CBS Chicago that he hadn’t anticipated violence. “It was great to see a whole bunch of people together in the morning and hear the speeches, but it turned into chaos.”

Rukstales was arrested on January 6, WGN-TV reported, but it was not immediately clear where he was detained. His name does not come up in an online search of recent inmate records for Washington, D.C., or Virginia, and he was not listed in the federal inmate system. Rukstales case had also not been entered in a database of federal court cases as of this writing.

Rukstales was not detained for very long. He was back home in Inverness, a suburb of Chicago, on January 7. CBS Chicago reporter Charlie De Mar briefly spoke with Rukstales outside of his home. Rukstales expressed regret for being there and insisted he had not acted violently. But when the reporter asked why he had chosen to go inside the Capitol, Rukstales ended the interview.

Rukstales noted in his apology statement that he was arrested for unlawful entry after walking into the Capitol building during the January 6 riot. But federal officials have said that those involved could face more severe charges.

Acting United States Attorney for D.C., Michael Sherwin, explained in a phone call with reporters that “all options” were on the table as prosecutors consider charges, Reuters reported. According to the Washington Post, Sherwin said investigators were combing through video evidence to identify those involved and pursue arrests.