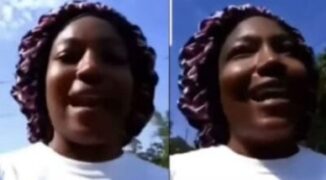 According to police, one of the men named in the video filed a complaint of “harassing communications” against Lasiter8.

Brandi Yakeima Lasiter told police Tuesday that she made the video because she was angry at the people she named.

Lasiter provided documentation of a blood test from September 2018 that showed she was not HIV positive. Lasiter also voluntarily submitted to a current blood test, according to police.

The results of the test will determine what, if any, charges she may face in the incident, police said.

The Americus Police Department has not filed any charges against Laister but she was identified as a suspect in the case.

In the Facebook video, she stated she has HIV and named several people she had unprotected sex with.

Maj. Herman Lamar with the Americus Police Department said one of those named in the video has filed a harassing communications complaint.