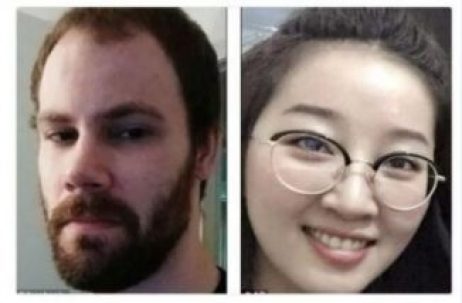 Brendt Christensen Bio: He is a Champaign resident and former physics graduate student, who was arrested and charged with chines student Yingying Zhang’s murder.

He was born on 30th June 1989 in North Central Wisconsin. He was born to ichael and Ellen Christensen.

Christensen had his high school education at Stevens Point Area High School where he was part of a wrestling team and as well participated in track and field events.

He was really good at sports to the point of him becoming a regular on the cover of the school’s yearbook.

in May 2016, he received his Master’s degree in Physics from the University of Illinois. Right after he was done with that, his good results were able to secure him the position of a graduate teacher at the University.

Brendt Christensen was arrested on the 30th June 2017 by the FBI for the alleged kidnapping and presumed murder of a Chinese scholar, Yingying Zhang.

the FBI made some shocking revelations about Brendt Christensen and it left the people around him in shock and disbelief.

According to the FBI, the last time the Chinese scholar was spotted, she was entering a black Saturn Astra which happens to be Brendt Christensen’s car. Even though Brendt claimed to be at home on the said day playing games, a CCTV footage revealed otherwise.

Who is Yingying Zhang ??

Yingying Zhang was born on 21 December 1990, in Nanping, China. She was born to Ronggao Zhang and Lifeng Ye.

She has one younger brother, Zhengyang Zhang. She played in a band and had ambitions of becoming a professor in China.

She was a visiting scholar in the Chinese Academy of Sciences before traveling to the United States.

"If you have any humanity left in your soul, please help end our torment."

The father of ex-@Illinois_Alma student #YingyingZhang pleads that her killer tell him where his daughter's remains are after his life sentencing #章瑩穎 pic.twitter.com/LeCCkTq9pp

Defense’s Emotional Closing:
Brendt Christensen’s attorney began to cry as she put her hands on the defendant’s shoulders saying, “For 2 years, we (the defense) have stood by Brendt..he’s a whole person… don’t sentence him to death.” @foxillinois @wics_abc20 pic.twitter.com/LfjDDL2wNi