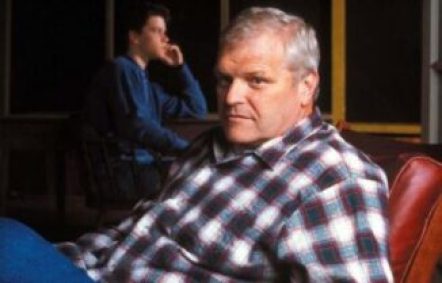 Brian Dennehy was born on July 9, 1938, in Bridgeport, Connecticut. He was an American actor of film, stage, and television. A winner of one Golden Globe, two Tony Awards and a recipient of six Primetime Emmy Award nominations, he gained initial recognition for his role as Sheriff Will Teasle in First Blood (1982).

He was the son of Hannah Dennehy and Edward Dennehy. His father was a wire service editor for the Associated Press. Dennehy has two brothers, Michael and Edward. Dennehy is of Irish ancestry and was raised Catholic. The family relocated to Long Island, New York, where Dennehy attended Chaminade High School in the town of Mineola.

A football scholarship paved the way to Columbia University in New York City, where he played football, earned a BA in history and became a member of the Sigma Chi fraternity. He went on to graduate studies in dramatic arts at Yale University.

He was also nominated for six Primetime Emmy Awards between 1990 and 2005 for playing either an outstanding lead actor or supporting actor.

Dennehy most recently appeared in the NBC crime thriller series The Blacklist, playing the recurring role of Dominic Wilkinson between 2016 and 2019.

He has been married twice. The first time he married Judith Scheff in 1959. In 1988 Dennehy married Jennifer Arnott. He has five children including actress Elizabeth Dennehy.

Veteran actor Brian Dennehy, who had a career on the screen and the stage of over five decades, died on Wednesday night, April 15. TMZ first reported the actor’s death, stating that law enforcement sources confirmed his passing in Connecticut. He was 81 years old.

TMZ also reported that he died of natural causes, and no autopsy would be conducted. He did not die of COVID-19.