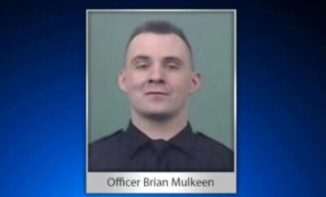 Brian Mulkeen was a 33 years old NYPD officer, who killed in the Bronx on September 29, 2019. He was on patrol at the Edenwald Houses on east 229th Street around 12:30 a.m. He was a New York Police Department, a six-year veteran of the force.

Brian was in a relationship although the name of his girlfriend has not been made public yet. She is also an NYPD officer and they lived together in Yorktown Heights.

According to NYPD Mulkeen was a member of The Bronx Anti-Crime Unit, and at the time of the shooting, he was investigating gang activity, including recent shootings with two other officers at about 12:30 a.m.

Terence Monahan, NYPD Chief of Department, said that the officers got out of their vehicle to question a man, who then fled, and the officers gave chase. As the officers tried to apprehend the suspect, a violent struggle on the ground began. In the body camera, Mulkeen can be heard yelling; He reached for it.

He is reaching for it. Footage from the camera shows the suspect reaching into his waistband for what later identified as a .32 caliber revolver.

Multiple shots fired, and Mulkeen shot three times. He rushed to Jacobi Medical Center, where he later died. Authorities said it appears his gun was the one that went off, and that the suspect’s gun not fired during the struggle. The NYPD said it is still unclear who fired Mulkeen’s weapon.

Five officers at the scene fired their weapons, striking and killing the suspect. The 27-year-old was on probation for a narcotics-related arrest last year and had several prior arrests, including a burglary in Rockland County, Monahan said.

NYPD Police Officer Brian Mulkeen, a 33-yr-old Bronx cop, was killed about 12:30 am while doing the courageous work NYers needed him to do. He served for nearly 7 years. There is no worse a moment in our profession than this. Pls keep Brian’s family & colleagues in your thoughts. pic.twitter.com/X1ucOusI77