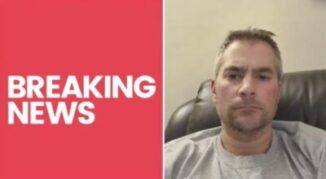 According to Sicknick’s Twitter account, It indicates that he was a Donald Trump supporter; the cover photo is Trump’s plane. The account has been temporarily restricted for “unusual activity.” On Facebook, his cover photo is of an American flag.

The officer was identified as Brian D. Sicknick, the youngest of three brothers who grew up in South River, N.J.

Sicknick was also a former Air National Guardsman who served in Operation Desert Shield and Operation Enduring Freedom. Sicknick was from New Jersey and lived in Springfield, Virginia.

He became a police officer after leaving the military. Sicknick wrote a dozen letters to the editor of the Central New Jersey Home News between 1998 and 2005. In 2000 he wrote, “With the military drastically downsizing, the National Guard and Reserves are called upon more than ever.

I understand this may cause a hardship on the employers,” he wrote. “There still are some employers in New Jersey that give guardsmen and reservists a hard time when they have to serve.”

He said that “these employers have to start realizing that reservists make up more than 50 percent of the military. They have to start giving these men and women some slack. In order to keep the freedoms we enjoy so much, we must rely on reservists.”

According to the Capitol Police statement, Sicknick was responding to the riots on Wednesday, January 6, 2021, at the U.S. Capitol while on duty and was injured during a physical altercation with members of the mob of Trump supporters who stormed the building. “He returned to the division office and collapsed,” the department said. “He was taken to a local hospital where he succumbed to his injuries.” The department wrote, specifically, that he “was injured while physically engaging with protesters.”

This video of the siege of the Capitol on TikTok is crazy and different than I had seen pic.twitter.com/JXwvKVLjxB

According to the Capitol Police, Sicknick’s death will be investigated by the D.C. Metropolitan Police Department’s Homicide Branch, the U.S. Capitol Police, and their federal partners.

Brian Sicknick Cause of Death

“He was a good officer, but also very personable,” said Ricci, who now serves as Maryland Gov. Larry Hogan’s spokesman. “He was just what you’d want at that door with so many people coming through.”

Ricci recalled Sicknick’s sharp sense of humor. “He was funny,” he said. “Some officer, I recall, would be having political or sports debates … and he was a bit of a ball buster.”

Visible posts on Sicknick’s private Facebook page featured American flags and patriotic themes. A 1998 article in the Central New Jersey Home News said that then Airman Brian D. Sicknick was the son of Charles and Gladys Sicknick of South River. At the time he was “a security-force apprentice assigned to the 108th Air Refueling Wing” at McGuire Air Force Base, the outlet reported. He was a 1997 graduate of Middlesex County Vocational Technical High School in East Brunswick.