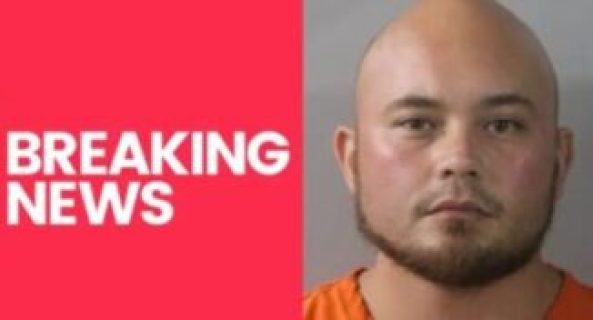 Bryan Riley is a Florida man and former Marine sharpshooter; he was identified as the man who fatally shot a baby and three other people in a “mass murder” at a Polk County home before surrendering to police.

He was wounded during a shootout with deputies and was treated at a hospital before being booked into jail.

“We located his cooperative girlfriend, and she said she had been dating him approximately four years. She said he had PTSD,” Judd said. Riley’s girlfriend told investigators she had seen him depressed but never violent. “She said but a week ago today, last Sunday, he did security at a church in Orlando. And he came home, and he said God spoke to him, and now he could speak directly to God. And she said I’d never seen that type of behavior. But once again, he wasn’t violent,” Judd said.

“He was a Marine. He did four years of service and was honorably discharged and did another three years as a reserve. He was deployed to Iraq in 2008, Afghanistan during 2009-2010. During that period, he was designated as a sharpshooter,” Judd said about Riley, who lives in Brandon, Florida, about 35 miles away from the scene of the shootings. Riley is employed as a security contractor, Judd said. He had a concealed weapons license, Judd said.

One of the victims has been identified as 40-year-old Justice Gleason. The other victims have not been identified because Florida’s Marsy’s Law requires the permission of the victim’s family to release names. Police said one victim was a 33-year-old woman shot killed while holding a 3-month-old infant in her arms. The infant was also fatally shot. A 62-year-old woman, the mother and grandmother of two of the other victims was the fourth victim.

Police said Riley also killed the victims’ family dog, who was named Digi, after a Polk County Sheriff’s Office K-9 shot and killed along with Deputy Sheriff Matt Williams during a 2006 pursuit, Judd said. The 11-year-old girl, a Lake Gibson Middle School student, had seven bullet wounds and underwent surgery at a Tampa hospital. Judd said, “She is certainly expected to recover, and we thank God for that.”

Riley is being held without bail at the Polk County jail on charges of first-degree murder of a law enforcement officer, shooting into a building, armed burglary with assault and battery, second-degree arson, and attempted first-degree murder with a weapon. It was not immediately clear if he has hired an attorney who could speak on his behalf.