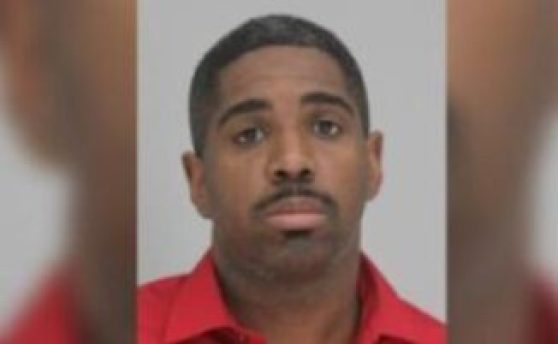 Riser Accused ordered the killings of two people in 2017: a 30-year-old woman whose body was recovered in the Trinity River and a 60-year-old man whose remains were never found. Investigators told that he kidnapped and killed two people at the officer’s instruction in 2017.

A witness told investigators that the officer, Bryan Riser, allegedly offered him thousands of dollars and instructed him to kill the two victims, according to an arrest warrant affidavit.

Riser was arrested in the unconnected killings of Liza Saenz, 31, and Albert Douglas, 61, after a man came forward in August 2019 and told police he had kidnapped and killed them at Riser’s direction, Police Chief Eddie Garcia said during a news conference. He said investigators don’t know the motives for the killings, but said that they were not related to Riser’s police work.

Three other people also have been charged with capital murder in connection to the killings, but the affidavit does not disclose their identities nor the status of their cases. three men — Kevin Kidd, Emmanuel Kilpatrick and Jermon Simmons — were arrested on capital murder charges in her death. Police said an anonymous tipster led them to the suspects.

Riser was arrested in the unconnected killings of 31-years-old Liza Saenz and 61-years-old Albert Douglas after a man came forward in August 2019.

Instead, the man told authorities, Riser identified a man he wanted to have killed and offered to pay $3,500, the affidavit says. The man and one of his associates kidnapped that man — Douglas — and killed him, then dumped his body in the Trinity, according to the affidavit.

Douglas was reported missing in February 2017, and his body has not been found.

Several weeks later, Riser approached the man again and offered him $6,000 to kill Saenz, who he said was an informant, according to the affidavit. He and his associates took her to the same place Douglas was killed, the affidavit says.

The chief stressed that his homicide division and the FBI were still investigating the killings and said the department was reviewing Riser’s arrests.

Saenz’s body was pulled from the Trinity River in southwest Dallas on March 10, 2017, with several bullet wounds, the chief said. Douglas was reported missing that year and his body hasn’t been found.

Instead, the man told investigators that Riser offered to pay him a total of $9,500 to kidnap and kill Douglas and later Saenz. Both were shot and their bodies were dumped in the river, according to the court record.

The affidavit states that Riser told the hired killer Saenz was an “informant.” The document does not elaborate, and police declined to answer questions about whether Saenz had some connection to the department.