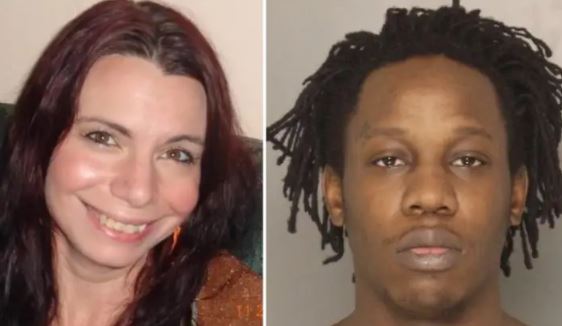 Calvin has a criminal history dating back to his youth, and is facing firearms charges in a separate active criminal case, court records show. He was arrested in that case days before the homicide warrant was issued.

Crew’s charges filed in the case indicate he was an adjudicated delinquent who was not permitted to possess a firearm. The statute under which Crew was charged outlaws the possession of a firearm following adjudication on certain serious offenses committed as a juvenile.

Calvin was also arrested days before the homicide warrant was filed, according to court records. The Northern Regional Police Department arrested Crew on February 15 in a case filed on December 8, 2021, in Marshall Township, Pennsylvania. In that case, he faces a felony related to the sale and transfer of firearms and a misdemeanor of unsworn falsification to authorities. Police allege he committed the crimes on September 10, 2020.

Christine Spicuzza 38, was working for Uber February 10, 2022, when her family last heard from her, according to the criminal complaint filed in Crew’s case. Her fiancé reported her missing the next day, police said, and her body was found in a wooded area February 12. An autopsy conducted the following day determined she died from a gunshot wound to the back of her head. Her cause of death was listed as homicide.

Police wrote in court documents that she was found lying facedown, wearing a face mask, and a 9-mm shell casing was found near her body. Her vehicle was found in Pitcairn earlier that day, police said.