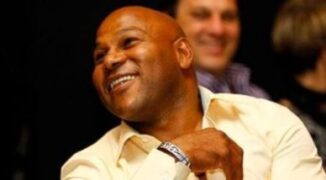 Chester Williams was a South African rugby union player. He is the winger of South African World Cup rugby. He died on September 6 at the age of 49.

In 2002, He released his controversial authorized biography, simply titled Chester, in which he claimed that he was shunned by some of his teammates in the 1995 Springbok squad and was called racist names by James Small, though he later clarified, When we were together as a team, the team spirit was good.

We partied together, we had fun together, we stuck by one another. Those other things happened while we were playing against one another in the Currie Cup or domestic competitions. But that’s in the past now. We have all moved on and everybody’s happy.

Williams is survived by his wife Maria. The couple was married on May 2002. They had three children together Williams step-son who was seven during the 1995 World Cup Ryan as well as twins Chloe and Matthew.

He was selected as the coach of the South African sevens team that won bronze at the 2002 Commonwealth Games and ended runners up in the World Sevens Series. He remained sevens coach until 2003.

The world of rugby mourns the passing of @Springboks great Chester Williams. A true legend on and off the pitch! pic.twitter.com/c6nXHNcp2y

Williams has died from a heart attack at the age of 49, South Africa Rugby has announced.

Williams was the only black player in the Springboks squad as they claimed the world title in 1995. He scored four tries against Western Samoa in the quarter-finals before tasting glory in the final win over New Zealand.

His death comes after just two months after a fellow member of the 1995 South African team James Small passed away from a heart attack.

We would like to extend our condolences to the loss of former Springbok legend Chester Williams. He was 49. South Africa has lost another great giant. May his soul rest in peace. #RIPChester pic.twitter.com/JDUkphFL9p