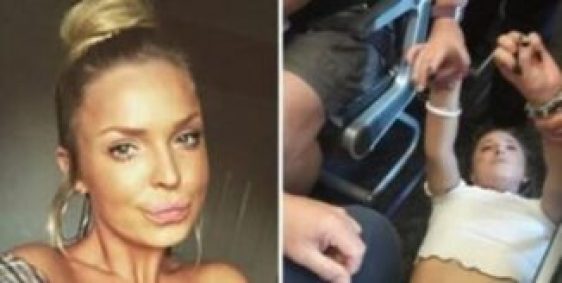 Haines is a Costa Coffee worker, who was traveling with her wheelchair-bound grandmother.

Amy Varol, who was sat behind Haines, told The Sun: ‘Then a man sat on her and one person was holding her leg and someone else holding the other one.

That’s when she started screaming “get off me, I’m going to kill everyone.

Two Typhoon fighter aircraft caused a sonic boom as they flew to meet the plane and escort it on June 22.

Ms. Haines, of Maidenhead in Berkshire, was arrested by Essex Police upon landing on suspicion of assault, criminal damage and endangering an aircraft.

The force said previously she had been bailed until July 30. But Jet2 said in a statement she has been hit with both an £85,000 bill and a lifetime ban from the airline.