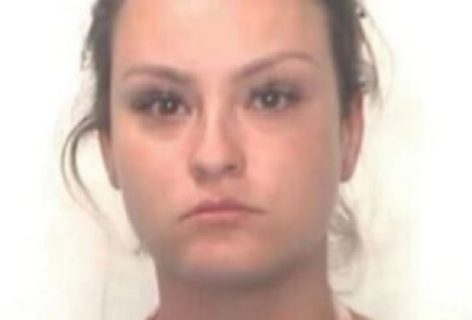 Chloe Mrozak is was arrested Saturday at Daniel K. Inouye International Airport for allegedly using a fake vaccine card while visiting Hawaii on a Southwest flight in late August 2021. On the card was one major error that was a red flag for authorities: “Moderna” was misspelt as “Maderna,” court documents allege. This isn’t the first case of travellers allegedly using fake vaccine cards to get into Hawaii. A couple in Florida was arrested in early August 2021 for the same offence, along with a father and son from the mainland a few days prior.

24-year-old Chloe Mrozak from Illinois was arrested after allegedly using this fake #COVID19 vaccine card to enter Hawaii and avoid travel restrictions — it says “Maderna” instead of “Moderna” @KITV4 pic.twitter.com/1EWp3eG3OR

Charged With Traveling To Hawaii With Fake ‘Maderna’ Vaccine Card

Investigators received a tip that Mrozak of Oak Lawn, Illinois may have uploaded the false documents under Hawaii’s Safe Travels Program to bypass the state’s traveller quarantine rules.

Mrozak left the airport before her hotel reservations were confirmed by screeners shortly after arriving in Hawaii. Documents show that she listed a Holiday Inn Express in Waikiki as her place of stay.

Investigators checked with the hotel, and they said there were no reservations under her name.
The handwritten card listed Delaware as the location of vaccination. As Mrozak went about her trip on Oahu, investigators were gathering details over the alleged fake vaccine card.

The National Guard members claimed that there administered the shot, but when authorities checked her medical records with the state, there was no trace of her vaccination.

She was arrested on her return flight

Mrozak was arrested on her return flight as Investigators tracked her down to the Daniel K. Inouye International Airport for her departure flight on Saturday, August 30th. She was arrested and told the officer that she got her vaccination from her doctor at her doctor’s office, and paid for the shot, documents said.

Mrozak was travelling with another woman who the authorities did not arrest. Her charges are falsifying vaccination documents, which is a misdemeanour offence. Her bail has been set at $2,000.

MMA Fighter Kyle Reyes is being reported to have died at the age of 30 a week after he underwent surgery to repair a torn biceps. Rayes who trained at Xtreme Couture in LA was found unresponsive in his hospital Saturday, August 21st, 2021 due to complications he had from the surgery he had at a Nevada hospital. His friends announced his death on August 30, 2021, in social media posts.