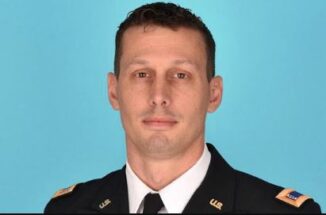 Christian Koch was a Chief Warrant Officer 4, who was passed on in New York Helicopter Crash. Specialists have distinguished the warriors executed in the accident.

He was an alum of the State University College at Brockport, turned into a helicopter pilot in 2006, flying from the Army Aviation Support Facility at Rochester air terminal.

He was an accomplished helicopter pilot, who logged 2,350 flying hours and filled in as a senior educator pilot and instrument flight teacher.

Koch, of Honeoye Falls, was a 20-year veteran of the National Guard, was likewise a pilot with the New York State Police flying unit.

Koch, whose title was boss warrant official 4, at first filled in as an infantryman in A Company of the second Battalion, 108th Infantry. He turned into a helicopter pilot in 2006, flying from the Army Aviation Support Facility at Rochester air terminal.

He filled in as a component of Operation Noble Eagle, the National Guard security mission in the United States after the Sept. 11, 2001 assaults in 2004.

He at first filled in as an infantryman in A Company of the second Battalion, 108th Infantry.

“His persistent effort and drive lead him to turn into the senior teacher pilot for the unit,” Goldenberg said. “His inspiration and irresistible character made him an extraordinary warrior, pioneer and father”

He survived by his wife, Teressa, four children and numerous other relatives.

Koch’s family has started an online fundraiser to assist his wife and children. In less than a day, more than $35,000 donated by more than 400 people.