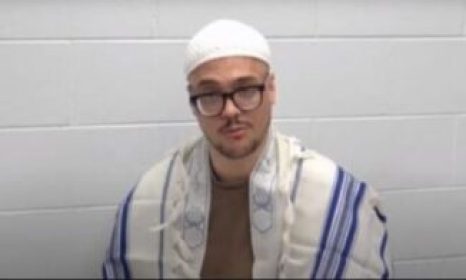 Christopher Vialva was a Black man, who was executed by the federal government Thursday for a crime he committed at age 19, even though his attorney said prosecutors used inflammatory racial stereotypes during the trial 20 years ago to land her client on death row.

The man, Christopher Vialva, 40, was executed Thursday evening at the federal prison in Terre Haute, Indiana. The Vigo County, Indiana, the coroner pronounced him dead at 6:46 p.m., according to a statement from the Federal Bureau of Prisons.

He was the first Black inmate put to death since the Trump administration’s revival of federal executions this year.

Vialva was condemned to death in the 1999 slaughtering in Texas of Todd and Stacie Bagley, a white couple who were youth priests. There were 11 white attendants and one Black member of the jury in the 2000 government preliminary, said Vialva’s lawyer, Susan Otto.

Investigators depicted Vialva “as though he were the pioneer of a fierce and efficient road posse,” Otto said.

“Obviously, in the year 2000, the subject of the super predator, that there were these children that just pillaged through our networks unleashing devastation, was an exceptionally incredible and persuading story,” she said.

In an ongoing opinion piece for Bloomberg Law, Jason Chein, an educator of brain research at Temple University, said Vialva’s then-forthcoming execution overlooks what “the last 20 or more long stretches of examination has shown us the creating cerebrums of youngsters and teenagers.”

“Science proposes that no individual of this age ought to be qualified for the death penalty,” he composed.

Chein said disclosed to NBC News on Thursday, “This is a truly horrendous thing that this individual has been blamed for and is by all accounts conceding blame to and was indicted for.”