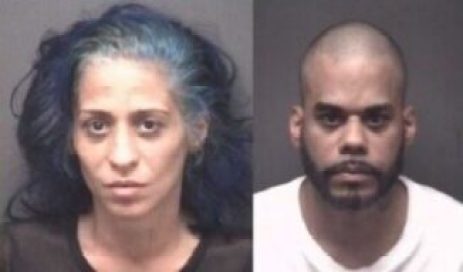 Who is Pink Lady Bandit ??

Pink Lady Bandit Bio: She is a 35-year-old woman, who robbed multiple banks along the East Coast, has been arrested by the FBI.

Circe Baez (Pink Lady Bandit) has arrested on Sunday, 28 July 2019, after a string of robberies in multiple East Coast states.

Baez is a 35-year-old white female from Harrisburg, Pennsylvania. She stands at five foot two, weighs 120 pounds, and has dyed her hair blue.

Baez was previously arrested in Swatara Township, Pennsylvania, on June 25, 2018, according to a press release from the police department there.

She was charged with driving under the influence, driving while her license was suspended or revoked, disregarding traffic lanes and careless driving. Court records show it was her third DUI and she was sentenced to spend 54 days in jail.

Baez Was Named the Pink Lady Bandit For Carrying a Pink Purse.

The FBI released a wanted poster last week calling the suspect in at least four robberies in seven days the “Pink Lady Bandit”.

Baez is accused of hitting banks in Pensylvania, Deleware, and North Carolina before she was arrested with her suspected accomplice, the FBI says.

The FBI also arrested Alexis Morales, 28, as an accomplice in the Friday robbery, which took place at a BB&T branch in Hamlet, N.C., according to FOX8 High Point.

Evidence gathered during the course of the investigation by the FBI… led agents and task force officers to identify Circe Baez as the woman who robbed at least four banks.

the FBI said, according to the Charlotte Observer. Agents and officers uncovered additional evidence after the robbery in Hamlet, North Carolina, to identify Morales as an accomplice to the crimes.

the site of the Pink Lady Bandit’s most recent robbery. The two are currently being held at Pitt County Detention Center in Greenville, N.C., on $4 million bails.

The FBI is offering a reward of up to $10,000 in connection with 3 bank robberies in Delaware, Pennsylvania, & NC. She has been named the "Pink Lady Bandit" because she carries a bright pink handbag. @FBIBaltimore @FBIPhiladelphia pic.twitter.com/Vdq08zoU2L

The #PinkLadyBandit struck again in NC. She hit a bank in Hamlet yesterday. The #FBI is offering a reward of up to $10,000. The same suspect has robbed banks in at least 3 states. @FBIPhiladelphia @FBIBaltimore Help us identify her and get her into custody safely. pic.twitter.com/H8fOAjoaeg

According to Pitt County, Morales is a 38-year-old white male from Harrisburg, Pennsylvania. He stands at five foot six, weighs 155 pounds, and has a distinctive tattoo on the left side of his neck.

The two robbers could reportedly face additional charges from other state agencies, as well as federal charges. However, the investigation is still ongoing.