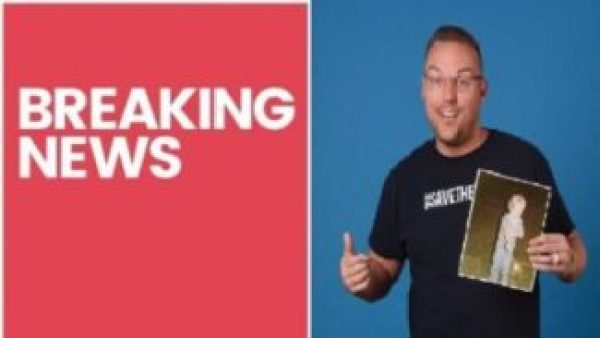 Collin Kartchner was a Social media activist and the founder of Save The Kids has died. According to his wife Elizabeth, he has died on Tuesday, October 20 of natural causes.

Here What You Need To Know About Collin Kartchner

Kartchner was born July 29, 1980, in Arizona, where he lived until his family moved to Utah when he was in high school, according to a spokeswoman for Save the Kids. He and Elizabeth were high school sweethearts, the spokeswoman said. He attended Brigham Young University.

Kartchner is survived by his wife, Elizabeth, and their four children: Avery, Quincey, Lola, and Myles.

His death Tuesday was confirmed by his wife, Elizabeth, in an Instagram story posted Wednesday. She did not specify a cause of death, writing he had died unexpectedly “due to natural causes … that we are unclear of yet.” Kartchner was 40 and lived in Pleasant Grove.

Friends have begun a GoFundMe campaign to help his family; as of Thursday afternoon, it had drawn more than $230,000 in pledges. According to the GoFundMe page, a celebration of life will be scheduled.

As a Social media activist

Kartchner was a Utah videographer who transformed his satirical Instagram account into a national campaign to urge parents to keep their children away from social media. Three years ago, Kartchner was making funny videos for his Instagram account, satirizing the internet’s obsession with perfection.

Once, he offered advice on how to do children’s hair: “Supes easy. So, step one, I make the nanny do it.”

Three years ago, Kartchner was making funny videos for his Instagram account, satirizing the internet’s obsession with perfection. Once, he offered advice on how to do children’s hair: “Supes easy. So, step one, I make the nanny do it.”

The focus of his Instagram feed changed in January 2018, when he learned that a girl named Whitney — the daughter of one of his wife’s former co-workers — had died of a drug overdose. The girl’s mother linked Whitney’s depression and drug use to being bullied on social media about her appearance in junior high.

He launched a campaign of billboards, posted along Interstate 15 in Salt Lake and Utah counties, with messages promoting a healthier self-image. The billboards carried such messages as “You are beautiful,” “You are unique” and “You are loved” — and included, in smaller text, the words, “In memory of Whitney.”

The campaign took off, and within two months, Kartchner transformed it into a nationwide movement, using the hashtag #SavetheKids. The mission, according to the Save the Kids website, is “to help people both young and old to rise above the negative effects of social media & screen addiction while showing the world how to use it for doing good.”

Kartchner said in a September 2018 TEDx talk that has logged more than 335,000 views on YouTube. “It is robbing them of the ability to create and feel a real connection.”

He advocated for bans on smartphone use in schools, launched a “National Delete Snapchat Day,” and urged school boards to back away from “screen-based learning” programs. At speaking appearances — he logged hundreds a year, before the coronavirus pandemic — he implored audiences “to stand up to the big tech companies that are creating products and games and apps that are deliberately exploiting and manipulating our kids, all for insane profits.”

Kartchner also urged parents to put down their phones and pay attention to their own children. “They are growing up in a world that is muckier and scarier than any of us could ever imagine,” Kartchner said in his TEDx talk, “and they need now, more than ever, from you and me, to be seen, to be heard and to be loved.”

We will soon update Collin Kartchner’s net worth details.