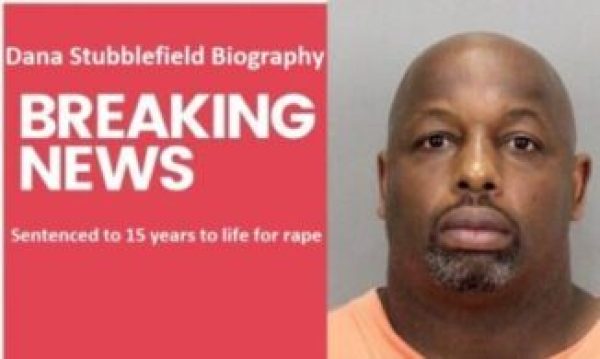 Dana Stubblefield was a Former San Francisco 49ers and Oakland Raiders defensive tackle. He was sentenced to 15 years to life in prison for rape. He played in the National Football League. After graduating from Taylor High School in North Bend, Ohio, Stubblefield attended the University of Kansas. He was formerly the varsity defensive line coach at Valley Christian High School in San Jose, California.

He was drafted in the first round of the 1993 NFL Draft by the San Francisco 49ers who went to a 4–3 defense at the start of the season. In his rookie year, Stubblefield led the 49ers with 10.5 sacks and recorded 8.5 the following year. He appeared in the Pro Bowl in 1994 and 1995. The 1996 season was less successful for Stubblefield, but his 1997 season found him recording 15 sacks and being named 1997’s NFL Defensive Player of the Year by the Associated Press.

Read More: Who is David Barnes Wiki, Biography, Age, Family, Cause of Death, Net Worth

After the 1997 season, he became an unrestricted free agent and signed with the Washington Redskins, where his numbers greatly diminished despite the fact that he played opposite Dan Wilkinson, who often drew double-teams. He returned to San Francisco in 2001 and 2002 and played with the Oakland Raiders as a free agent in 2003. In 2004, he was signed by the New England Patriots, but he was injured and was released before the start of the season.

On October 12, 2010, former NFL agent Josh Luchs mentioned in an article for Sports Illustrated that he offered Stubblefield $10,000 cash while he was still playing football at the University of Kansas, but Stubblefield refused to accept it. On December 9, 2010, San Francisco U.S. District Court Judge Susan Illston sentenced Stubblefield to 90 days in jail for stealing his former girlfriend’s mail by way of fraudulent submission of a change-of-address form.

On May 2, 2016, he was charged with sexually assaulting a disabled woman who, at the time of the incident, was 31 years old. The incident occurred on April 9, 2015. Stubblefield originally contacted her through a babysitter website. On July 27, 2020, Stubblefield was convicted of rape and on October 22, 2020, was sentenced to 15 years to life in prison.

Sentenced to 15 years to life for rape

He was sentenced to 15 years to life in prison for rape, the Santa Clara County District Attorney’s office said Thursday. After a nine-month trial, Stubblefield was found guilty of rape, forced oral copulation, and false imprisonment. Prosecutors also alleged he had used a gun during the assault.

Stubblefield was found not guilty of rape and oral copulation of a person incapable of giving consent. He was held in jail without bail pending sentencing.

A Santa Clara County jury found Stubblefield, guilty in July after prosecutors accused him of luring a developmentally disabled woman to his Morgan Hill home with the promise of a babysitting job in 2015.