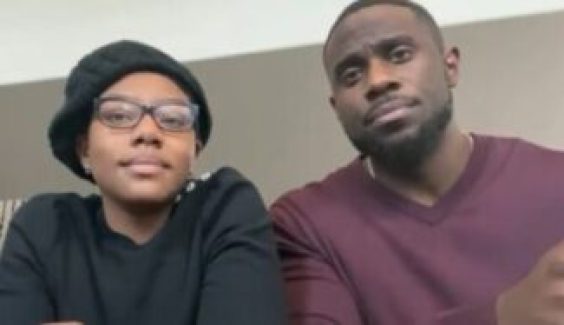 Da’Naia Jackson celebrates her birthday every year on 21 December. She turned 31 years old in 2020. Per that info, Da’naia owned Sagittarius as her zodiac sign.

She was born Da’Naia Latrice Broadus to her father, Leslie Keith Broadus Sr. and her mother, Linda Faye Buchanan, in Denver, Colorado, the United States. Other than names, no further information surfaced on her parents.

Sadly, Da’Naia’s father, born on 10 November 1971, passed away on 25 July 2002 at the age of 30. For Da’Naia, her father was a hero, and even after all these years, she wishes her father a birthday and father’s day every year. Moreover, Da’Naia’s younger sister and their twin brothers are the ones who are alive in the family.

Larry George Phillips and Gertha Lee Evans were her grandparents. Her grandfather passed away on 17 December 2009. Her grandma passed away precisely nine years later, on the same day her husband did. Talking about her grandma, Gertha was a championship bowler whole briefly lived in Okinawa, Japan, at an early age with her siblings.

Jumping into Da’Naia’s education, she attended Smoky Hill High School in Denver, Colorado. After high school, she attended Tuskegee University to pursue her bachelor’s degree. She earned her degree in Hospitality Management from the University at the time of graduation in 2012.
Along with that, Da’Naia also earned a bachelor’s degree in Sales and Marketing in the same year.

Derrick’s wife of four years, Da’Naia Jackson, filed for divorce from the relationship expert on August 28, 2020. A clerk from Fulton County Court confirmed to The Sun. Derrick, 31, never responded to the petition for divorce.

Da’Naia, 32, then filed to dismiss the divorce petition on October 2, 2020, after reconciling. The couple shares two children.

Derrick, whose real last name is Jackson, admitted to cheating on his wife after two women claimed they had an affair with the author.

He admitted in a YouTube video while holding hands with his wife: “Derrick Jackson was involved with other women outside of the marriage.”

“I’m talking about things as serious as sex, sexual flirtation, and that kinda thing. And some things that may be considered ok by some in terms of chatting and checking in with people who I had a previous encounter with, but without my wife’s knowledge and with us having a sexual history, all of it falls under the umbrella of inappropriate, cheating, affair, stepping out.

“Definitely not in line with the vows that I took and certainly not in alignment with the biblical standard of what it means to be faithful, which is the standard that I’m going by now.”

The YouTuber revealed his wife was aware of the affairs.