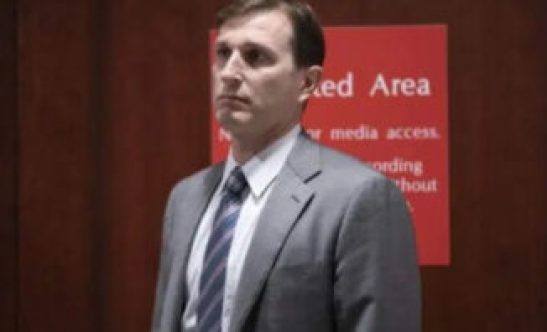 Daniel Goldman is a Lawyer, attorney, and director of investigations with the House Intelligence Committee. He will have 45 minutes to question impeachment witnesses concerning President Donald Trump and his alleged illegal dealings with Ukraine.

He was previously married to wife Anne Montminy, who is a former Olympian swimmer from Canada. He met his wife while interviewing her at the 1999 World Cup diving finals in Wellington, New Zealand.

Announced in The New York Times, in 2002, Goldman wed Anne Katherine Montminy at Martha’s Vineyard. The ceremony was presided over by a rabbi at his mother Susan’s summer home in Chilmark, Massachusetts.

Montminy was a member of the Canadian diving team at the 2000 Summer Olympics in Sydney, where she won silver and bronze medals on the 10-meter platform. She later earned her law degree from the University of Montreal, and in 2002, received a Master of Laws degree in comparative jurisprudence from New York University.

It’s not clear when she divorced from Goldman, but in 2004, Montminy was the vice president of Goldman Sachs and purchased a $2.3 million townhome in Brooklyn. Goldman re-married Corinne Levy on October 6, 2013, in New York, where they continue to reside with their kids.

Checking out for a few days to celebrate five amazing years married to @corinne_goldman. Heading back to where it happened in the great country of Mexico 🇲🇽💍🥂💘 pic.twitter.com/yHRXZppiV2

He will have 45 minutes to question impeachment witnesses concerning President Donald Trump and his alleged illicit dealings with Ukraine at the outset of each hearing starting on Wednesday, November 13.

During his decade working at the U.S. Attorney’s office in Manhattan, Goldman took on several high profile cases, including prosecuting several Genovese mobsters, including hitman Fotios Freddy Geas, who Goldman helped send to prison for life. However, Goldman, who’s married to second wife Corinne Levy Goldman, and has five children, left in 2017 to become a TV legal analyst.