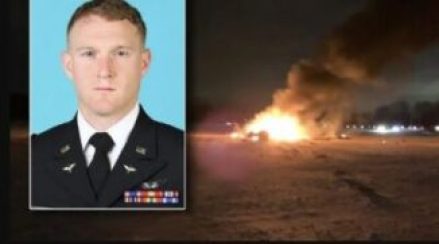 Daniel Prial was a Chief Warrant Officer 2, who was died in New York Helicopter crash.

Specialists have distinguished the three fighters killed Wednesday night when the military helicopter they were flying smashed in a Mendon field.

The New York Army National Guard UH-60 clinical clearing helicopter slammed while on a normal preparing mission soon after 6:30 p.m. Wednesday. It was not quickly understood what caused the accident.

The helicopter, otherwise called a clinical Black Hawk, is based at the Army Aviation Support Facility at the Greater Rochester International Airport. The unit trains to perform clinical clearings and the group was leading night vision goggle capability preparing in the neighbourhood preparing territory.

Prial of Rochester was an individual from the National Guard for one year. An alum of the U.S. Military Academy at West Point, he had served in the U.S. Armed forces since 2012.

He was a clinical clearing detachment pioneer with the 82nd Airborne Division’s 82nd Combat Aviation Brigade.

Prial sent to Afghanistan in 2014 and 2015 and filled in as a teacher pilot for understudies at the Fort Rucker, Alabama, where the Army trains helicopter pilots. He had logged 670 flying hours.

He, like Skoda, was filling in as a government professional at the Army Aviation Support Facility at the Rochester air terminal.

“Prial was very unassuming and family-driven,” Goldenberg said. “He had the capacity to fit in rapidly and have a prompt effect on new gatherings.”