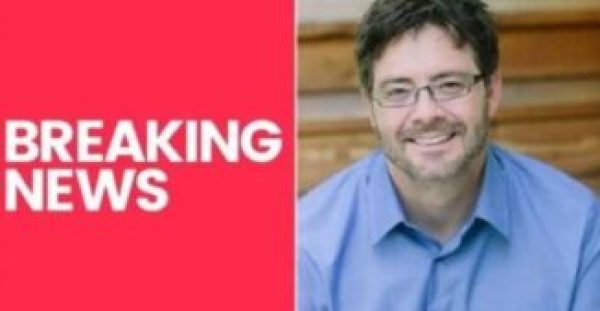 Darrin Patrick was a teaching pastor at the Seacoast megachurch in Mount Pleasant, South Carolina, has died at the age of 49. He was the founding and former pastor of The Journey, a megachurch in St. Louis, Missouri, which he started in 2002.

Patrick served as the chaplain to the St. Louis Cardinals and is an author of several books such as Church Planter: The Man, the Message, the Mission published in 2010 and Replant: How a Dying Church Can Grow Again which was published in 2014, just to mention a few.

He was a prominent figure within New Calvinism, the vice-president of the Acts 29 Network, an international church planting organization, and a council member of The Gospel Coalition. He was also the founding and former pastor of The Journey, a megachurch in St. Louis, Missouri, which he started in 2002.

In June 2017, Patrick joined the staff of Seacoast as a teaching pastor. Patrick led Enneagram intensives as a coach through Crosspoint Ministries. He also worked with The Association of Related Churches (ARC), coaching pastors on building a healthy culture.

He was a founding member of the Pastors Collective podcast and wrote multiple books, such as the Dude’s Guide to Marriage. Patrick was the former chaplain of the St. Louis Cardinals.

In 2016 Patrick was removed from his ministry for misconduct before seeking counseling & returned to the ministry.

He admitted his faults and underwent a restoration process and counseling, which he shared with Christianity Today in 2019. He said the process took him 26 months and over 200 hours of counseling.

He shared that the most important part was meeting leaders whom I had hurt or wounded during my ministry. I listened to them and apologized to them specifically for things I had done to cause them pain.

No cause of death and date of death has been provided yet. The Seacoast Church issued a statement on May 8 about his death, which was said to be sudden. The statement read:

We are saddened to announce the sudden passing of Pastor Darrin Patrick. Darrin was a loved member of the Seacoast family, the teaching team, and pastoral staff and we are mourning his loss. Darrin had a gift for teaching the Word and a heart for encouraging other pastors. God allowed Seacoast to be a part of Darrin’s story in a time when he needed a family. He was a gift to us and we are thankful for the time the Lord gave him to us. His influence and impact cannot be measured. We are surrounding the Patrick family with our prayers and support during this time.