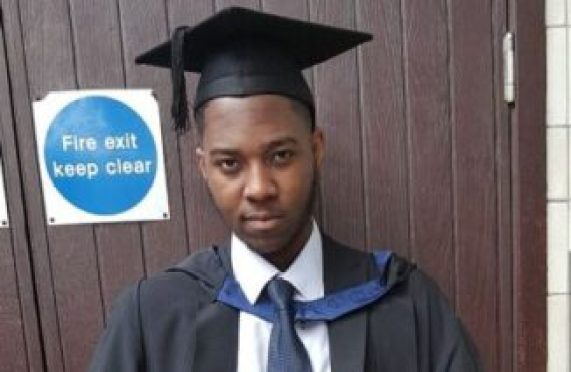 David Gomoh was an NHS key worker, was murdered days after his father died from coronavirus. Gomoh is from Canning Town, East London. He was stabbed to death just seconds after leaving his home at 10.25 pm on Sunday.

He had earned a marketing degree from Southbank University.

Days before the attack Mr. Gomoh’s father had died after contracting Covid-19. His funeral had been scheduled for Wednesday. His mother is a nurse.

Mr Gomoh worked for the NHS helping to supply staff with essential equipment, the Met Police said. He had been talking on the phone to a female friend when he was stabbed and was not involved in any argument, according to police.

Det Insp Tony Kirk said: “David’s family are going through unimaginable torment. “Within days his mother has seen the death of her husband and son; his sister has lost her brother and father. Both are now heartbroken. “At this time we believe the only thing David did to be murdered was walk down a street.”