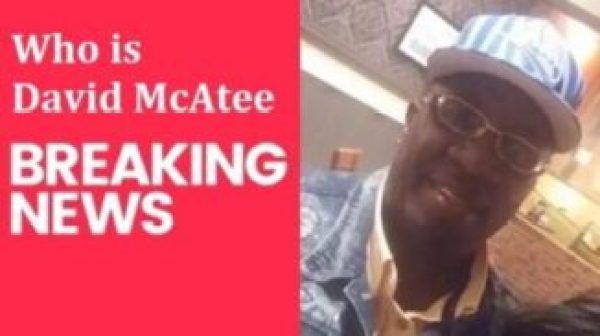 David McAtee was the owner of a barbecue business in western Louisville, was shot and killed by law enforcement officers early Monday morning, an incident that’s now under state and local police investigation.

He has operated a barbecue business at one of the West End’s most popular corners, especially on the weekends. But those who knew the chef said he was known to cook at several community events across the areas nine neighborhoods.

“Mr. McAtee would help us with Californian Day for at least 15 years if not longer,” Greg Cotton, Jr., who lives in Middletown, said in an interview on Monday. “He was one of the ones who would donate all his time and all his food, everybody could just come up and take it and he wouldn’t charge because it was for the neighborhood.

After McAtee was identified by his family as the victim of the shooting, Beshear spoke to the man’s mother, Odessa Riley. She told reporter Phillip Bailey, “I just buried my baby daughter on Jan. 22. Now, my baby son has gotten killed, so I’m just going through it.”

WDRB journalist Lexi Ratterman, who also spoke with Riley, said that McAtee was known as “Yah Yah,” and “The BBQ Man” around the neighborhood. McAtee’s mother also asked for the protests in the name of her son to remain peaceful.

"Right now, I can't tell you the feeling I have. All I can say — when a mother loses her child, a piece of you goes along with that child." — Odessa Riley, #DavidMcAtee's mother #Louisville #BreonnaTaylor pic.twitter.com/jdtI4mqcZL

Mayor Greg Fischer cut through the massive crowd that had gathered at 26th Street and Broadway to speak with McAtee’s mother directly. He spoke with the family as some onlookers expressed appreciation for the mayor appearing while others said he was there for a photo-op and should instead call for the National Guard to be pulled back.

Riley, McAtee’s mother, said Fischer expressed his condolences and said: “anything that he can do for me, he’s there for me and my family.”

During a press conference, Beshear said asked for witnesses to submit videos from the shooting which left McAtee dead. “I’m not asking people to trust our account (of what happened). I want to see the video for ourselves,” Beshear said.

Beshear said he’s been in touch with Louisville Mayor Greg Fischer, who implemented a city-wide curfew from 9 p.m. to 5:30 a.m. on Sunday evening, and has asked for the LMPD to release a “significant” amount of body camera footage from the incident “as soon as possible.”

As for who shot McAtee, Conrad said that police had “several persons of interest” being questioned. He said, “We are collecting video from the incident and expect to release what we have some time on (Monday).”

LMPD Chief Steve Conrad said during a press conference on Monday, “Officers and soldiers began to clear the lot and at some point were shot at. Both LMPD and National Guard members returned fire.” Conrad noted that it is unclear if McAtee, 53, was the person who also fired at the officers.

“It’s very clear that many people do not trust the police,” Conrad said. “That is an issue we’re going to work on and work through.”

Kentucky Governor Andy Beshear tweeted out a statement on Monday morning, announcing that he’s asked the Kentucky State Police to investigate the matter: