she started recording after witnessing Hunter screaming at the store workers. Hunter switched her attention to Sprague after realizing she was being filmed and flipped Sprague off with both hands.

As shown in the video, Hunter proclaimed, “I think I’ll get really close to you and cough on you, then. How’s that?” Hunter then leaned forward and loudly coughed on Sprague’s face before calling Sprague an a**hole as she walked away. Another witness, who was off-camera, can be heard expressing shock over the encounter.

Sprague shared the video on Facebook on June 26 and it has since been viewed more than 2.5 million times. The confrontation occurred amid a recent spike in coronavirus cases in Florida.

The viral video did not capture any of the interactions between Hunter and the store employees, which Sprague said went on for about 15 minutes. The clip begins with Hunter realizing she is being recorded.

Hunter has not been arrested, according to a national inmate database. She has also not been formally charged, based on public court records in Duval County, Florida. According to the report that was filed on June 29 with the Jacksonville Sheriff’s Office, Hunter faces a possible battery charge. 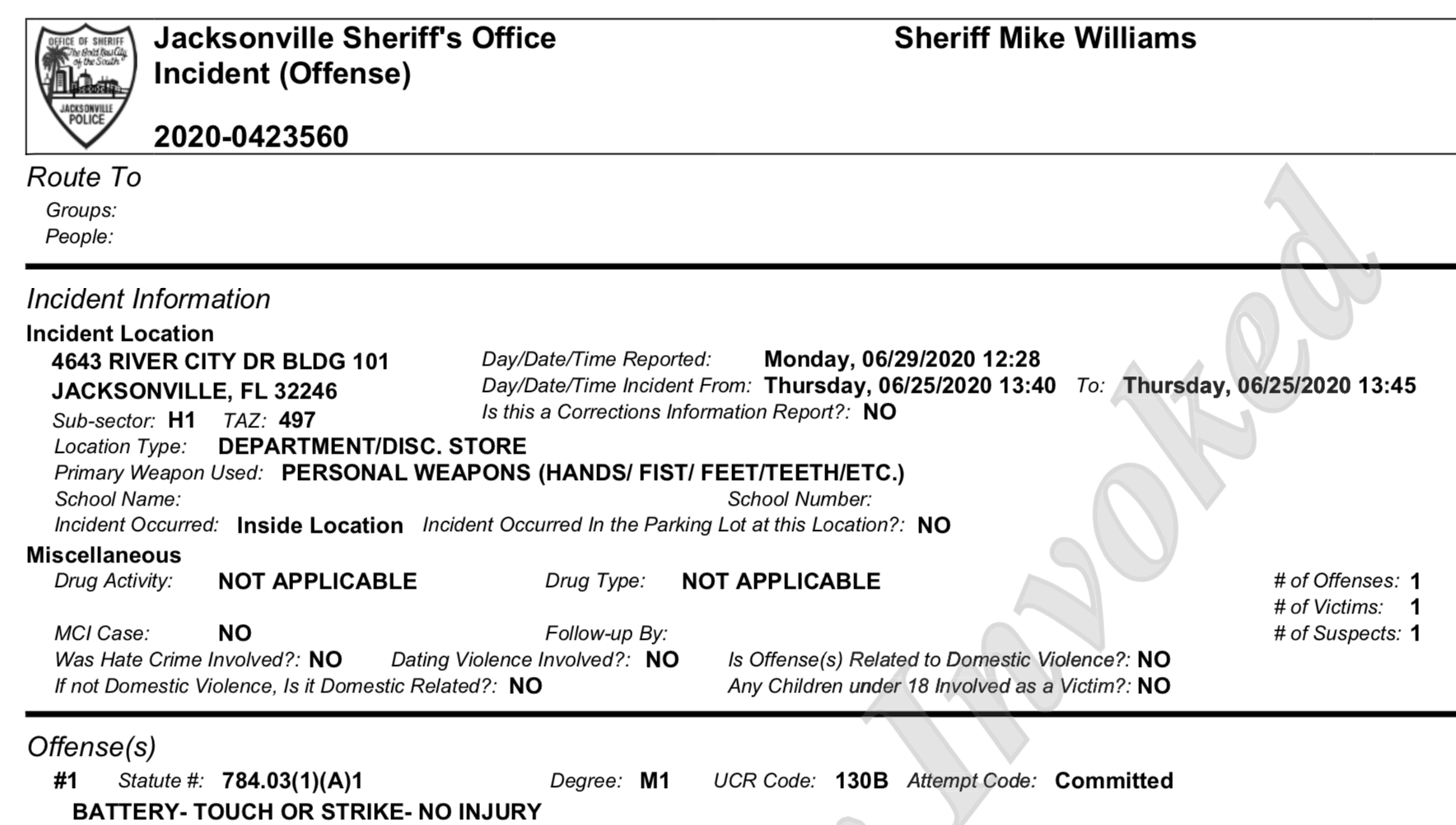