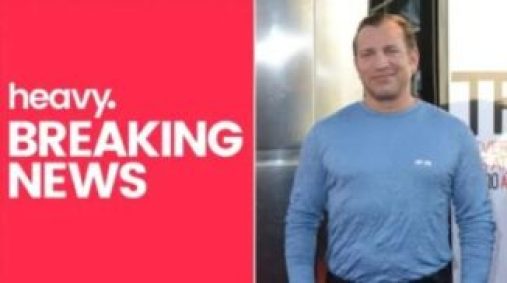 The actor had not been heard from for several days so on Wednesday his family asked police to do a wellness check, according to a Friday report from TMZ. The site claims to have talked to his brother.

Dimitri Diatchenko has died at the age of 52.

According to his website bio, Diatchenko was 6’2″ and a “powerful presence both on-screen and off” with an “unmatched talent for dialects.” He was a first-generation American with a Ukrainian father, and his ability to put on a flawless Russian accent helped him with many of his roles.

He was born in San Francisco and attended Newton North High School in Newton, Massachusetts. After high school, he went to Stetson University in Deland, Florida as a scholarship music student studying classical guitar. He then obtained a master’s degree from Florida State University, studying music and acting. He’s released four solo guitar albums and continued performing after pursuing his acting career.

Diatchenko studied martial arts from the age of 7, receiving a black belt in Tae Kwon Do and Kenpo Karate. He competed as a heavyweight in national championships and is described in his bio as a “former national Tae Kwon Do heavyweight champion.

The actor began his acting career in the 1990s but was perhaps better known for his 2008 roles in Indiana Jones and the Kingdom of the Crystal Skulls and Get Smart. He also received praise for his portrayal of Ukrainian tour guide Yuri in the 2012 movie Chernobyl Diaries. He has appeared in many smaller roles in TV shows in the last 20 years, including How I Met Your Mother, Sons of Anarchy, and 2 Broke Girls.

In 2015, Diatchenko pled guilty to animal cruelty after cooking and eating his ex-girlfriend’s rabbit. He was ordered to perform 60 days of community labor and undergo 48 hours of counseling.

The star’s brother told the site that Dimitri’s death was not related to the novel coronavirus. There have been over 800 deaths in Florida from COVID-19. His body was found inside his home in Daytona Beach, Florida, after the family had tried many times to contact him.