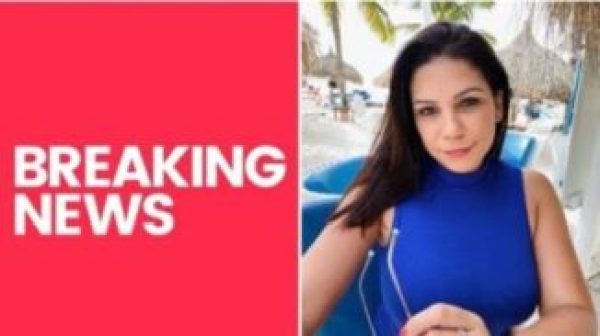 DJ Amanda Blaze aka Amanda Lynn Guzman, a popular entertainer in Miami, Florida, and a former DJ for the Brooklyn Nets has died at 41. she was a native of West Virginia and a 2005 graduate of Penn State. While at school, Guzman was a member of the Sigma Lamda Gamma National Sorority. Following graduation, Guzman relocated to Brooklyn, New York. After 10 years working in New York, Guzman moved to Miami, Florida, where she remained until her sad death.

She has died at the age of 41 years old

Blaze, real name was Amanda Lynn Guzman, began her career DJing at her alma mater, Penn State University. During her career, Guzman also went by the moniker DJ Blazita. On her official Facebook page, Guzman referred to herself as, “The hottest chic in the game.” Guzman says on that profile that during her career, she performed in the United States, Canada, and Dubai. Among the artists that Guzman says she worked with were Nicki Minaj, 2 Chainz, 50 Cent and Ciara.

Speaking about her career in a May 2012 vlog, Guzman said, “I felt like if I wanted to do this DJ thing seriously, the only place to do it was New York, that’s where everything goes down. You’re a DJ in New York, a lot of my family is like really impressed by that.”

Guzman’s sad death was first confirmed in an Instagram post from her sister, Alison Rose, late on May 10. Rose wrote:

My sister Amanda died this past weekend. And it’s quite honestly the most complex and devastating grief I’ve ever experienced.

Our relationship was not perfect by any stretch of the imagination but I loved her so very much and admired her for her talents, and strength, and motherhood. I loved that even if we had a significant other we would always make it home for the holidays to spend it with my parents. And when my marriage was failing, I spent nearly every weekend with her in NYC.

She got me out of my shell and on the dance floor too many times to count over the years and her laughter will carry on forever in my heart. Oh I have no idea how I will get through this week with my parents and my sweet nephew, but I’m going to pull from her strength and keep laughing at our memories together.

Guzman is survived by a son, Jalen, 19

popular NYC/Miami DJ Blazita has passed away. As of right now, there’s no word on the cause of her death which was shared by DJ Sussone on his Instagram page on Sunday, May 10th. She has died at the age of 41.

A post shared by Steven “DJ Suss One” Sussman (@djsussone)