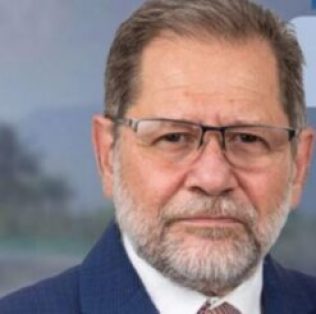 Efrén Arroyo, known for his gift of words, historical memory and professionalism, died this Thursday at the age of 68, confirmed Wapa Televisión.

PUERTO RICAN JOURNALIST EFRÉN ARROYO DIES, who had a career in the media of more than 40 years, of which 32 were on Wapa Televisión. “I am an apprentice of everything and a master of nothing,” he recently said in an interview with El Nuevo Día.

Arroyo stood out for his work of human and historical nature in “Noticentro”, a news program from the aforementioned channel, where he worked for the past 38 years.

Efrén Arroyo has died at the age of 68.

Arroyo, who was born in Santurce on June 18, 1953, was also a historian and worked for more than 40 years in journalism.

After studying drama and audiovisual education at the University of Puerto Rico (UPR), he began his career in the media in 1978, on radio station WKAQ.

Then, in 1980, he moved to work at WAPA Televisión, as part of the Noticentro team, where he remained until today.

As recently as April, WAPA recognized and honoured him in his lifetime for his outstanding work, career and commitment. At that time, he was named “Historian of Wapa” and since then, he has worked on various projects that would give continuity to his enviable knowledge of the history of our country, the newscast reported.

At the moment, the details of the communicator’s death have not been disclosed. The wake has also not been reported.