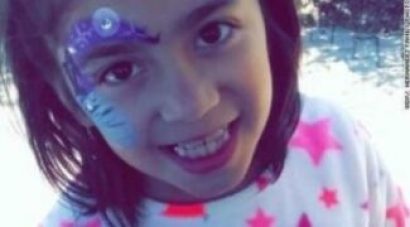 Emma Hernandez was a 9 years old girl, who died by three pit bulls. The Dogs attacked while she was riding her bike outside of her West Detroit, Michigan home.

On August 19, at approximately 4 p.m., the dogs slipped loose from their yard and charged at Emma. Witnesses said the dogs knocked Emma off her bike, then viciously killed her.

She was a very happy child and she’s gonna be very, very missed. It’s just something that shouldn’t have happened. They should have been more careful with their dogs, Emma’s aunt, Claudia Stapleton said.

Emma’s father said the dogs killed his daughter while she was in an alleyway near Central Avenue and Smart Street, by the Hernandez family home. WXYZ News reported that Emma’s brother also saw the terrifying incident.

Hernandez attempted to pull the dogs off of Emma. I tried my best. I tried CPR. I tried helping her. I did everything I could in my power, he told WWJ – AM. She was gone when I reached her.

Emma Hernandez was riding her bike Monday afternoon when three dogs mauled her in an alley, just steps away from her home on Detroit’s west side.https://t.co/8k2ll8PdEF

Two good Samaritans tried to help Emma. A neighbor shot and killed one of the pit bulls while another neighbor began throwing bricks to chase the dogs away.

I saw three dogs on top of a little girl, said Edward Cruz. So I had no hesitation but to run up there, pick up a brick and throw it at the dogs.

The dogs were eventually captured by animal control and will likely be euthanized.

First responders rushed Emma to a nearby hospital where she was later pronounced dead. It’s hard for me not to cry, Detroit Police Department Captain Russell Solano said.

It’s tough, really tough. We’re talking about a nine-year-old girl who is just out there playing and now she’s not here.

I'm having trouble concentrating today because I keep thinking of Emma Hernandez. who should be starting 4th grade. Instead, she was mauled to death by loose dogs in Detroit. How is any parent in Detroit supposed to let their kids be kids, playing outside? https://t.co/gtXCPKwuag

Armando Hernandez Had Previously Fought With His Neighbor About the Dogs

Armando Hernandez said the three pit bulls belonged to his neighbor. The dogs were known to regularly escape from their yard and were often seen prowling the area. Prior to Emma’s death, Hernandez argued with the dogs’ owner for failing to properly restrain the animals.

According to Hernandez and eyewitnesses, the dogs were able to squeeze through the owner’s dilapidated fence. I knew the dogs were there.

I knew the neighbor, he said we had an argument about it last week and he just didn’t care about his dogs properly. He could have prevented this.

Neighbors told WXYZ that the police had previously spoken to the owner about his animals.

Police in Detroit said the three dogs got free from a garden before attacking Emma Hernandez, who later died at a hospital despite the efforts of neighbours and her own father to save her https://t.co/AOB87JZSlP

Emma Hernandez was riding her bike Monday afternoon when three dogs mauled her in an alley, just steps away from her home on Detroit’s west side.https://t.co/8k2ll8PdEF

At an August 20 press conference, Detroit Police Chief James Craig said the 33-year-old owner of the dogs, who has not been identified, was taken into custody after the incident. He added that the Wayne County Prosecutors Office had received a warrant request.

The warrant request is under review to determine if charges will be pressed against the owner. The charging determination is expected to be announced on August 21.

Craig emphasized that the owner of the dogs should be held accountable. “This should not have happened.