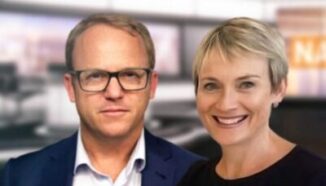 Emma jolliff was a Newshub presenter and journalist. She was working across digital, Radio Live and telly for the sparkly new Newshub. according to Newshub, She has died on 6th February after a battle with cancer. Emma was one of the most loved reporters ever to work at TV3. It was really well known she was incredibly generous both professionally and personality.

Emma​ was based in Wellington but travelled regularly to Auckland to host shows across Newshub. Emma earns his bachelor degree from the University of Canterbury. She has died at the age of 48.

She was the co-host of Newshub Nation, had regularly read the news for Newshub Live at 6 , while also working as a Wellington-based reporter.

Emma had been with the network since 2007, most recently working as a co-host of the weekend politics show Newshub Nation. Newshub boss Hal Crawford said Jolliff​ had been a “first-class reporter”, but also a friend and mentor to many in journalism.

Emma was survived by her husband and two teenage children.

Emma jolliff has died on 6th February after a battle with cancer. She has died at the age of 48. Jolliff had been battling cancer and her treatment had forced her off-air.

Newshub news director Hal Crawford confirmed Jolliff’s death in an email to staff today, describing her as a first-class reporter. She was a fantastic journalist and loved telling stories. She considered it an honour to tell people’s stories, and she did it so well, Crawford’s email said.

Very sad to hear Emma Jolliff has passed away. Emma was an absolute professional and a lovely person. My and Natalie’s thoughts are with her family and her colleagues who I know will miss her so much.

Emma was such a lovely person, a real positive presence in the newsroom and a thorough professional. I have had many messages today from all over the media and political spectrum, and they all mention Emma’s love of story and fundamentally good nature.