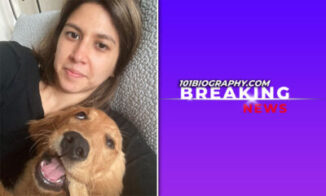 Erika Seyfried is a 36 years old Brooklyn woman who went missing over the weekend while vacationing in Vermont found dead in a nearby river on Monday.

Penguin VP, 36, found dead after disappearing while walking puppy. Erika Greber Seyfried, VP of digital strategy & consumer engagement at Penguin Random House, last seen around 11am on Sun. as she set out to walk the 7-mo-old puppy she shares with her husband, Elijah Seyfried.😰 pic.twitter.com/xK9OSSZxUy

According to Vermont State Police, Erika Seyfried, 36, was last seen Sunday at 11 a.m. before leaving to walk their 7-month-old golden retriever. She had been living with her husband named Elijah Seyfried, at a vacation property in Westminster.

Elijah Seyfried is the husband of Erika Seyfried.

Vermont State Police spokesperson Adam Silverman told DailyMail.com that 36-year-old Seyfried was reported missing at 8 p.m. on Sunday and did not return after her stroll.

He said, “My understanding is that the victim of our incident here in Vermont is the publishing industry executive at Random House in New York,”

Divers from the state police uncovered the body of a woman they believe is Seyfried near her holiday house in the Saxtons River on Monday. Her death, according to police, was accidental.

According to the Brattleboro Reformer, which cited a state police official, the dog is still missing. According to authorities, an autopsy will be performed to determine the woman’s death cause and confirm her identity.

According to reports, the body is being sent to the Vermont Chief Medical Examiner’s office for an autopsy to confirm the identity and ascertain the cause and manner of death.
The death inquiry is still ongoing.