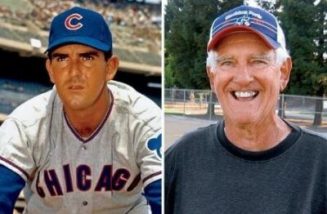 Ernie Broglio Bio: He is a former professional baseball pitcher. He played for the St. Louis Cardinals and Chicago Cubs of Major League Baseball from 1959 to 1966.

After attending high school and junior college in his native California, Broglio signed with the independent Oakland Oaks of the Pacific Coast League.

Broglio was born to his parents Anna and Joseph Broglio. After ten years, in 1945, his family moved to El Cerrito.

With his dad working seven days a week, carrying out two jobs, Ernie was self-motivated to play baseball and played on the varsity high school teams for baseball and basketball as an eighth-grader.

At the age of 17, Ernie graduated from El Cerrito High School and was signed by the PCL Oaks.

He signed with the independent Oakland Oaks of the Pacific Coast League. He was acquired by the New York Giants in 1956.

After two seasons in the Giants’ minor league system—when he won 17 games each year—Broglio was traded to the St. Louis Cardinals on October 1958.

Broglio is best remembered as the “other player” in the ultimately lopsided trade that sent future Baseball Hall of Fame outfielder Lou Brock from the Chicago Cubs to the Cardinals on June 15, 1964.

His career in the majors came to an end two years later in the 1966 season.

He died on July 16, 2019, at the age of 83. Broglio’s daughter, Donna Broglio Cavallaro, announced her father’s passing on social media on Wednesday. He had been battling an undisclosed form of cancer.

Ernie led @MLB in wins in 1960 with 21 but he’ll be forever remembered as the guy the @Cardinals gave up to get Lou Brock in one of the most lopsided trades in baseball history. Ernie Broglio passed away last evening. He was 83. #RIP pic.twitter.com/W4D0OWbeIM

Rest In Peace Ernie Broglio. His signature on my first baseball glove used for about 40 years (including softball). pic.twitter.com/eTrsnSVvz5